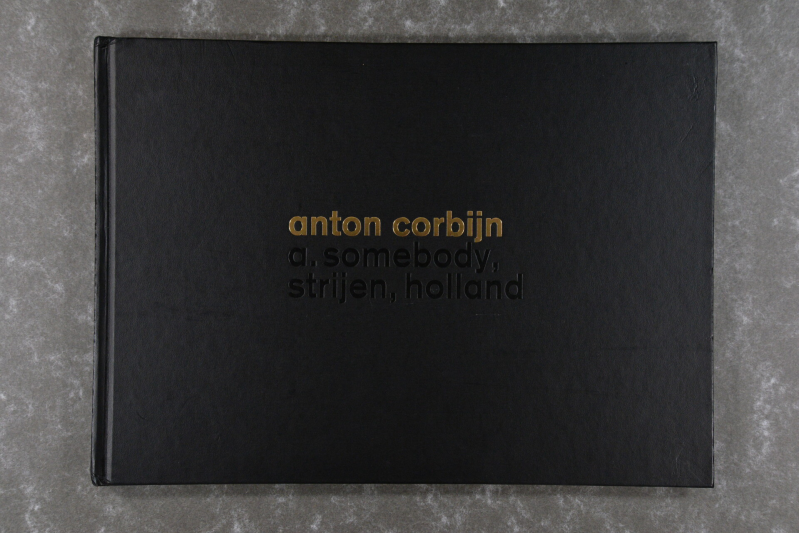 After a good 25 years of photographing most of the interesting artists from predominately the music- and film-world, Anton Corbijn has for this project turned the camera on himself for a series of selfportraits.

All set in the village of Strijen on a Dutch island where he was born in 1955, and left with his parents in 1966, it deals with a variety of issues with the most important one being the question why a son of a preacher man, born in an environment starved of anything visually stimulating like a cinema and without the benefit of icons in the dutch protestant church of his father, has become so obsessed with imagery and is now seen as an important iconic image-maker himself. He plants his world, a global one, in the small world that is his village.

Dressed like some of the musicians he has adored or admired but whom all have passed away, it does deal with his upbringing in a family where the issue of death wore heavily on him. It also deals with the obsession Anton had with the world outside of the island and the unconscious desire to have an impact on society, hence the title "a. somebody, strijen, holland" much like Elvis Presley was referred to as e. presley, memphis, tennessee for example.

Shot like throwaway colour-photos, he plays with the idea of what a photo might have looked like had those people visited his villlage. It also shows off the visual impact the village and countryside had on his early photographic compositions.
All in all 21 people are being portrayed by Anton Corbijn himself. The idea of Bob Marley or John Lennon passing thru Strijen is both pretty funny and profoundly emotional. It is not meant to look exactly like the persons that inspired the photographs as with the benefit of computers that is now considered too easy he thinks, so Anton shines thru in all photos and the persons are referred to as a. zappa or a. presley for instance.

The book contains a second series on the same people, but shot in a studio without the benefit of clothing to help identify the characters. This time shot in black and white, and against a white background, it is harsher and more Anton than the character and the persons here are referred to as anton z. or anton p. for instance. These photographs are also grouped together for a piece called 'HEAVEN'.