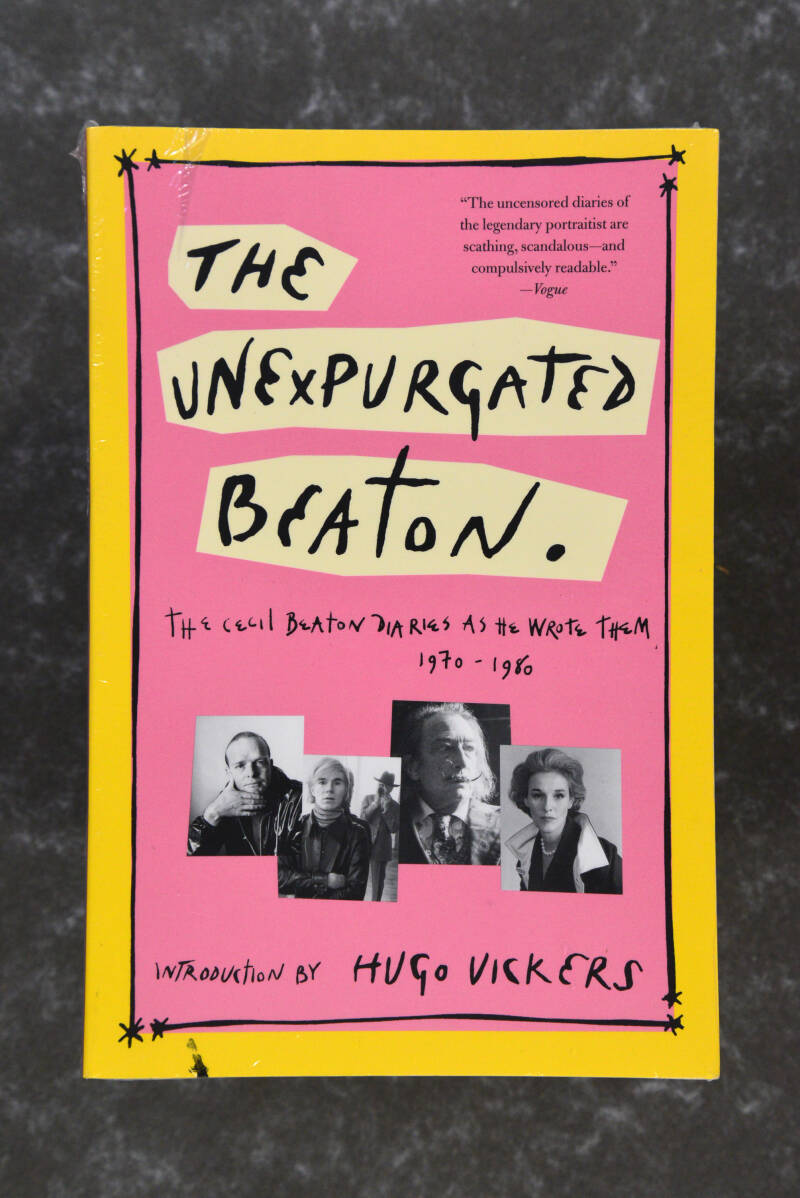 A twentieth-century photographer, artist, writer and designer for more than fifty years, Cecil Beaton was at the center of the worlds of fashion, society, theater and film. This book brings together for the first time the never-before-published diaries from 1970 to 1980 and, unlike the six slim volumes of diaries published during his lifetime, these have been left uniquely unedited. Hugo Vickers, the executor of Beaton’s estate and the author of his acclaimed biography, has added extensive notes that are as lively as the diary entries themselves.

Here is the photographer for British and American Vogue, designer of the sets and costumes for the play and film My Fair Lady and the film Gigi, with a cast of characters from many worlds, at shooting parties in the English countryside, on yachts, at garden parties at Buckingham Palace, at costume balls in Venice, Paris or London.

Beaton began as an outsider and “developed the power to observe, first with his nose pressed up against the glass,” and later from within inner circles. Vickers has said, “His eagle eye missed nothing.” The Unexpurgated Beaton is not only a great read and wicked fun, but also a timeless chronicle of our age.