Faces Of Photography - Encounters with 50 Master Photographers of the 20th Century - New in plastic! 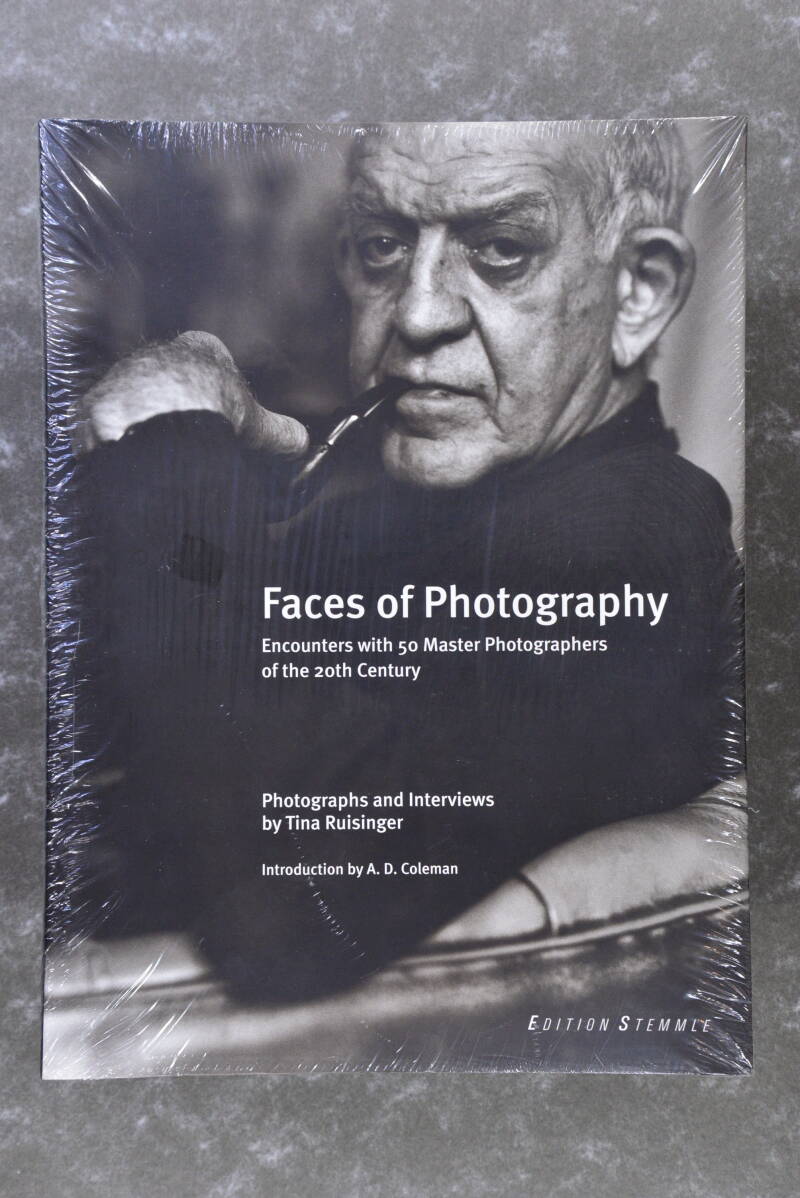 Photographs an Interviews by Tina Ruisinger

While a student at New York City's International Center of Photography several years ago, German-born Ruisinger conceived of this tribute to her creative predecessors. All of the men and women depicted in this assemblage of 50 photo-collage portraits, accompanied by interviews, texts, and personal statements from each artist, are veterans of the photographic art; the eldest were born in the 19th century and are now dead, while the youngest are in their seventies. Most, however, have retained a remarkable ebullience late in life, an aspect that is underscored by Ruisinger's sharp eye for telling details and her use of settings as an enhancement of character. An aloof Helmut Newton appears overgroomed and self-satisfied, an impression derived in part from the close-up's low angle. Gordon Parks is a friendlier presence whose rumpled face is caught in his apartment's raking light. Notable are the scruffily cherubic face of Robert Frank, a professorial Marc Riboud, and Gisele Freund's spirited smile. The accompanying text captures Ruisinger's disarmingly modest approach, in which she describes her often nervous entreaties to these insular geniuses. While a few put up defensive barriers, for the most part she was greeted with caring encouragement. Rarely does an apprentice honor her masters so elegantly. Highly recommended for academic and large public libraries.