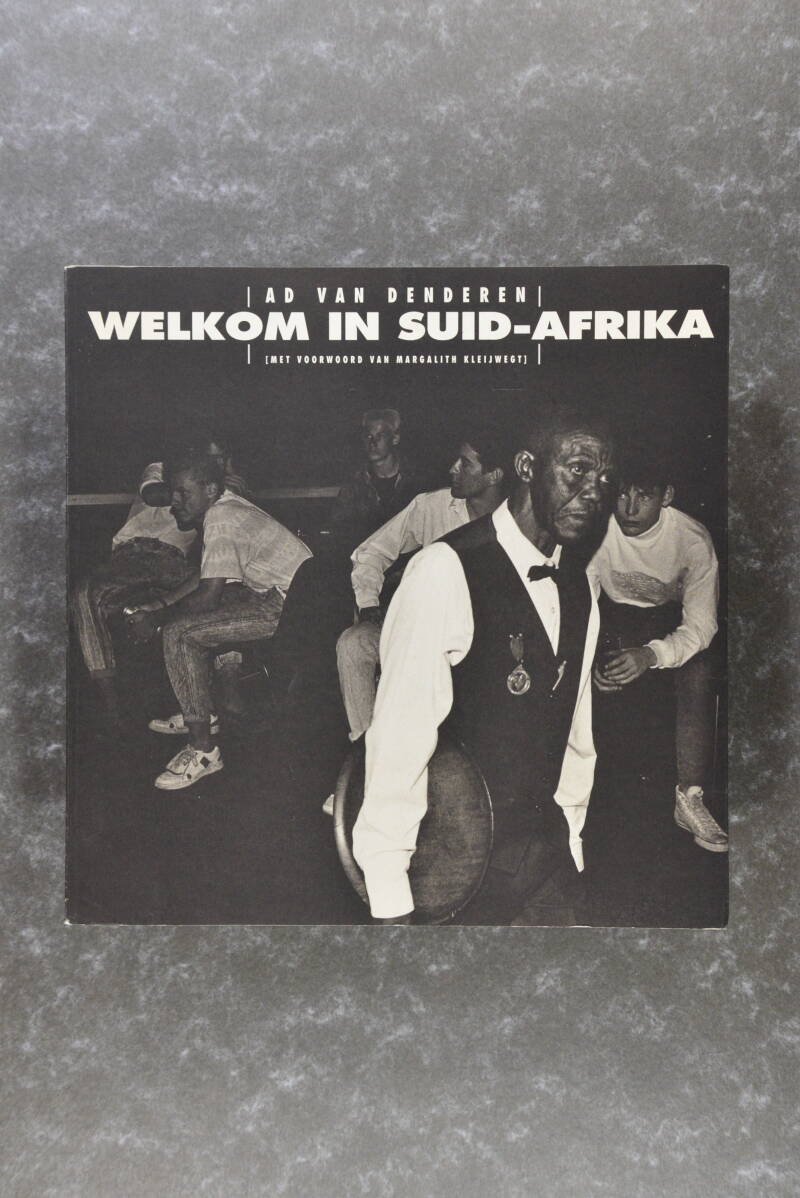 Portrait of mine towns Welkom and Thabong in South Africa 1990. Text in Dutch and English

In early 1990 Van Denderen first visited the gold-mining town of Welkom in South Africa to record life under apartheid. Although Mandela had already been released from prison on 11February 1990 this was not apparent in (Orange) Free State. Tensions could be felt as well as seen. It was dangerous in the mines: not only did whites kill blacks but blacks were also violent amongst themselves.

The inhabitants of Welkom, a well-organised mediocre town, were not keen to change their routines. The majority all lead the same life: go to school, work in the mines, buy a house once they have enough savings and drive around in a Toyota Corolla.

In the township Thabong, that was right next to Welkom, the atmosphere was dismal: unemployment, poverty and, there too, violence.

For the whole project, he was nominated for the ICI Photography Award in London.