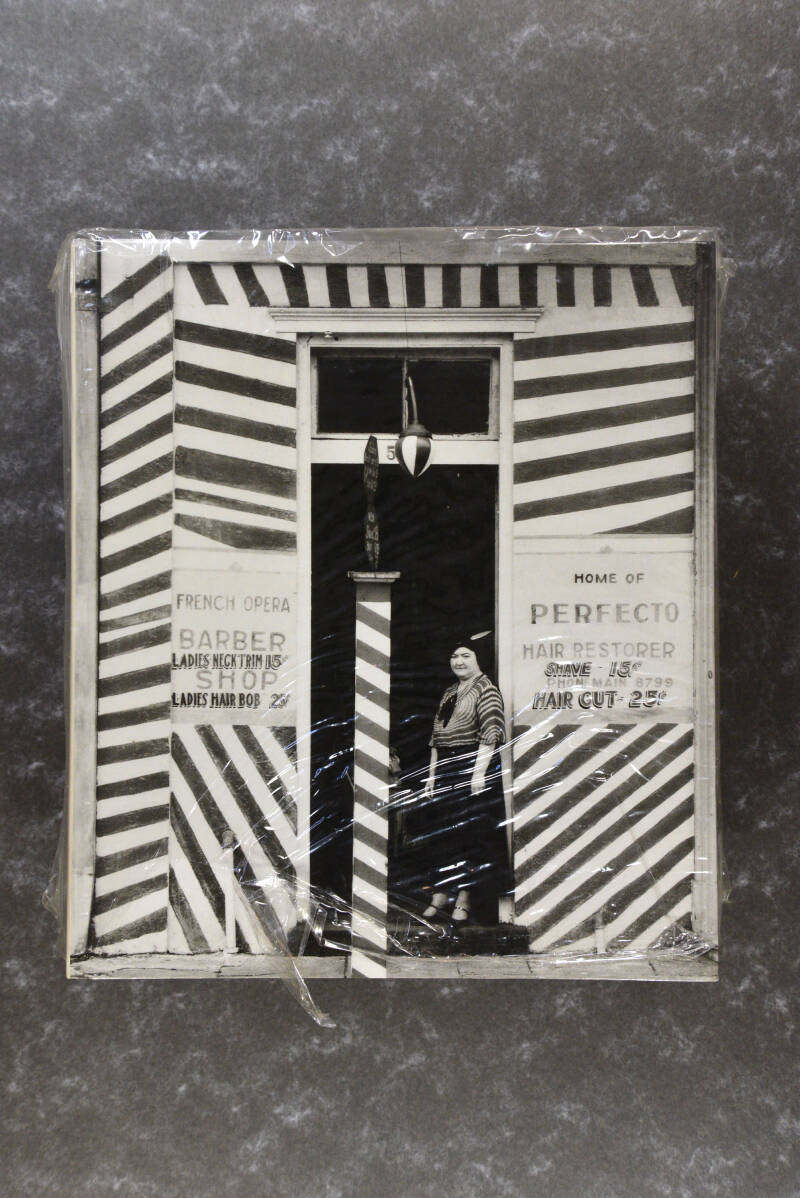 A tenant farmer's deprivation-lined face. Antebellum homes that have seen better days. The display windows of small-town main streets. The early subway commuter. Billboards. The images made by photographer Walker Evans (1903-1975) are icons of national identity that have shaped Americans' views of themselves and directly influenced important currents of modern art. This major catalogue--published to accompany a retrospective exhibition originating at The Metropolitan Museum of Art and traveling to San Francisco and Houston--presents the full range of Evans's work, from his 1920s black-and-white street scenes of anonymous urban dwellers to the color photographs of signs and letter forms from his final years.

Soon after he returned from Paris to New York City in 1927, Evans began contributing to the development of American photography. He captured the substance of people and buildings with a spare elegance that is utterly unpretentious. His gaze is serious but often amused as well, direct yet never simple. During the 1930s, Evans traveled throughout the South to chronicle the effects of economic hardship. The time that he and writer James Agee spent with Alabama sharecropper families yielded an evocative, honest record of the Great Depression, which was published in book form as Let Us Now Praise Famous Men (1941). Evans then turned his lens back on New Yorkers, photographing subway riders with a camera hidden in his coat. He continued to influence American self-perception as staff photographer for Fortune from 1945 until he accepted a professorship at Yale in 1965.

Evans--who always chose art over what he criticized as artiness--wrote, in Photography (1969), "Whether he is an artist or not, the photographer is a joyous sensualist, for the simple reason that the eye traffics in feelings, not in thoughts. This man is in effect a voyeur by nature; he is also reporter, tinkerer, and spy."

Although his work has received many awards, been enshrined in the best museums, and been exhibited on several continents, Evans's total corpus is only now being fully examined. This important book revises our appreciation of Evans by presenting previously unknown material in an accessible context. Essays by Maria Morris Hambourg, Jeff L. Rosenheim, Doug Eklund, and Mia Fineman offer novel insights into the sources and legacy of Evans's work. The result is a superb exploration of what was achieved by one of our finest, mostly deeply American artists.

Walker Evans, the Metropolitan Museum of Art's catalog to its current major retrospective, is a rock-solid work providing biographical, historical, and visual accounts of the artist's life and work. Hambourg, an assistant curator in the museum's Department of Photography, edited this big book with the straightforward approach that Evans employed in his art. Careful reproduction of well-known black-and-white and little-known color photographs by Evans forms the heart of the volume. There are quality essays here as well, biographical and analytical writing that effectively places Evans's visual efforts in social and territorial context. From the self-portrait on the cover to the notebook entries to the many photographs clustered along the way, Unclassified: A Walker Evans Anthology quickly broadens the popular view of the photographer as a chronicler of 1930s America with black-and-white film in his camera. Gathered from many files in the large and varied Evans Archive at the Metropolitan Museum of Art, these collected writings, photos, and ephemera give us a socially concerned writer, artist, and meticulous keeper of his life's work along with his opinions and his collections of postcards. This version of Evans shakes him free of any narrow channel in which we placed him. He led a robust life, and the stillness that comes from his Depression-era work is shaken up by this energized look at the photographer. Walker Evans pointed a camera at his world and let the documentary result speak as his art. Chief curator in the Museum of Modern Art's Department of Photography, Galassi has taken that objective eye as his theme. Gathering over 300 works from several media by 100 artists, Galassi gives us a volume of reportorial art, showing people, places, and things in "as is" condition. Evans touched people with his photographs because he merged his images with their "real lives." The question of whether other artists using other means were influenced by Evans's work or simply liberated to offer a visual vernacular landscape is incidental here. Galassi's book succeeds because his choices match his theme so well and play off the many examples of Evans's work that unite these pages. Though the Metropolitan catalog is the first choice for purchase, all three books are well recommended for all types of libraries and essential for serious art collections.DDavid Bryant, New Canaan Lib., CT
Copyright 2000 Reed Business Information, Inc.

From The New Yorker

All photographs capture light; Evans managed to seal and store it so securely that, like a day remembered as endless, it may never run out.

Evans (1903^-75) and his epoch-defining photographs have been the subject of many books, including recent biographies by Belinda Rathbone and James Mellow. But this magnificent volume is unique in its blend of critical and biographical commentary with 250 richly reproduced photographs (many previously unknown). Hambourg, curator of photography at the Metropolitan Museum of Art, and several members of her staff have mined the deep treasure of the museum's recently acquired Walker Evans Archive, an extensive collection of negatives, letters, and diaries, to create a multifaceted portrait of the artist. Hambourg begins with an agile essay on Evans' early years, when literature was his religion and James Joyce, Hemingway, and e. e. cummings were his gods. But photography, not writing, liberated his creative spirit. Language did play a crucial role in his compositions, however, as did a love of architecture and film and an acute sensitivity to the psychology of portraiture. Evans' tremendous influence on photography is also shrewdly analyzed. His most famous works are here, as are his late, rarely seen color images. Donna Seaman

"A masterly catalog . . . [The curators] have contributed the book's six learned and lucid essays. . . . The reproductions show the range of Evan's work, while the essays provide context for his achievements. . ."---Rosemary Ranck, New York Times Book Review

"Evans has long been established as a master, a maker of individual images that are authoritative in both technique and theme. . . . [Walker Evans] is destined to become the standard reference for Evans's career."---Benjamin Lima, Art Journal

"A first-class catalog. . . . . The nearly 200 lushly reproduced black-and-white and color photographs prove . . . objectivity and a direct style should not be confused with lack of passion. The effort of photography, both physically and emotionally, is to compose poetry with images."---Roni Galgano, San Diego Union-Tribune

"A rock-solid work providing biographical, historical, and visual accounts of the artist's life and work . . . Careful reproduction of well-known black-and-white and little-known color photographs by Evans form the heart of this volume", Library Journal

"Even in the presence of the deepest poverty, Evans' eye remained fixed on the kind of poetic perception that is the glory of his work."---Hilton Kramer, Art & Antiques

"This remarkable catalogue of an exhibition now at the Museum of Art in New York City gives us a wonderfully condensed look at the scope of [Evans's] achievement.", Publishers Weekly

"This illuminating volume includes more than 175 of Evans' finest photographs. Essays by the authors draw on newly accessible diaries, papers, and negatives now at the Walker Evans Archive at the Metropolitan that provide us with a Walker Evans that no one knew."---Bonnie Weller, The Philadelphia Inquirer

"[These] images have by now seeped so deeply into America's collective national unconscious that hardly anyone can visualize what the country looked like 75 years ago outside the context of Evans's iconic images."---Glenn McNatt, Baltimore Sun

"This is a book on Evan's photography, not on his life. . . [and it includes] a series of focused, well written essays, on his development as an artist."---Jean Dykstra, Art on Paper

"Evans captured the wounded, striving, uncertain soul of America in the 1930's, and set it down with one of the most detached mindful touches in photographic history."---Jerry Saltz, The Village Voice

In the Department of Photographs at The Metropolitan Museum of Art, Maria Morris Hambourg is Curator in Charge, Jeff L. Rosenheim is Associate Curator, Douglas Eklund is Assistant Curator, and Mia Fineman is Research Associate.