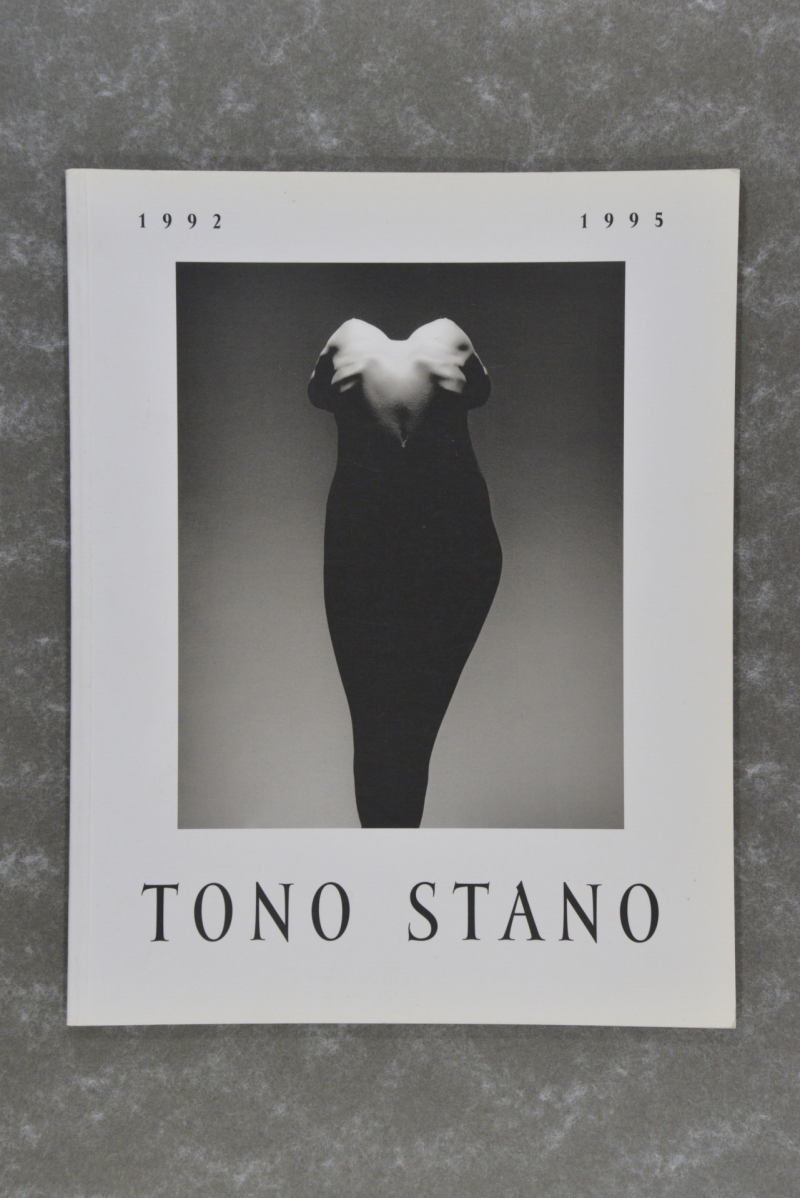 Striking exhibit catalog featuring the black and white photography of Tono Stano, an art photographer from the Czech Republic who is best known for his photos of the female body. This catalog has just that. It measures 9"x11-3/4" and is comprised of 23 images, some of which are rather explicit, but beautiful. There is almost no text -- it's all about the images. Catalog is clean and attractive. There is a gift inscription at front which reads "For one of my best friends. Pavel Sedlák 7/8/97." Sedlak is curator of the International Centre for Art and New Technologies in the Czech Republic. Though the signature could be interpreted two ways, it is likely written by Stano to Sedlak.