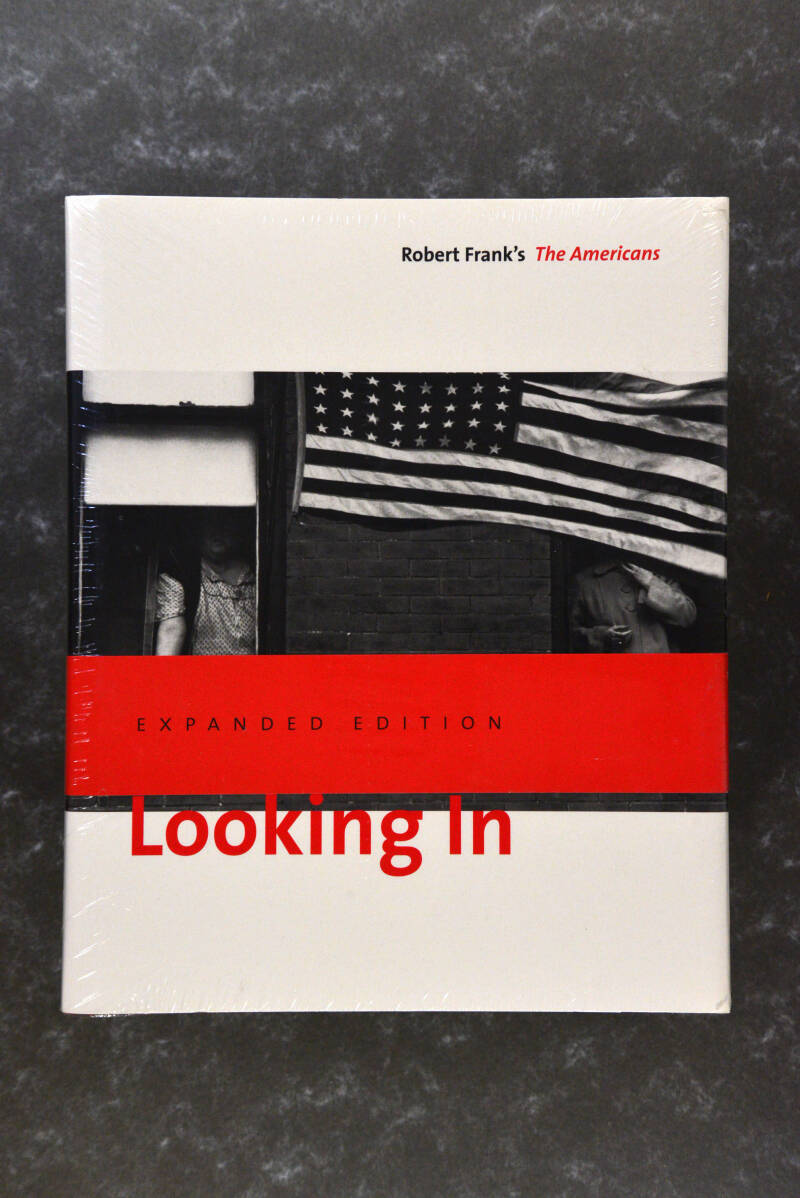 First published in France in 1958, then in the United States in 1959, Robert Frank's The Americans changed the course of twentieth-century photography.

Looking In: Robert Frank's "The Americans" celebrates the fiftieth anniversary of this prescient book. Drawing on newly examined archival sources, it provides a fascinating in-depth examination of the making of the photographs and the book's construction, using vintage contact sheets, work prints and letters that literally chart Frank's journey around the country on a Guggenheim grant in 195556. Curator and editor Sarah Greenough and her colleagues also explore the roots of The Americans in Frank's earlier books, which are abundantly illustrated here, and in books by photographers Walker Evans, Bill Brandt and others. The 83 original photographs from The Americans are presented in sequence in as near vintage prints as possible. The catalogue concludes with an examination of Frank's later reinterpretations and deconstructions of The Americans, bringing full circle the history of this resounding entry in the annals of photography. This volume is a reprint of the 2009 edition.

Robert Frank began studying photography in 1941 and spent the next six years working for commercial photography and graphic design studios in Zurich, Geneva, and Basel. In 1947 he traveled to the United States, where Alexey Brodovitch hired him to make fashion photographs at Harper's Bazaar. Although a few magazines accepted Frank's unconventional use of the 35-millimeter Leica for fashion work, he disliked the limitations of fashion photography and resigned a few months after he was hired. Between 1950 and 1955 he worked freelance producing photojournalism and advertising photographs for LIFE, Look, Charm, Vogue, and others. He also garnered support for his independently produced street photographs from important figures in the New York art world, including Edward Steichen, Willem de Kooning, Franz Kline, and Walker Evans, who became an important American advocate of Frank's photography. It was Evans who suggested that he apply for the Guggenheim Fellowship that freed him to travel throughout the country in 1955 and 1956 and make the photographs that would result in his most famous book, The Americans, first published in France as Les Américains in 1957. After its publication in America in 1959, he devoted an increasing amount of time to making films, including Pull My Daisy and Cocksucker Blues, both of which exemplify avant-garde filmmaking of the era. Since 1970, Frank has divided his time between Nova Scotia and New York; he continues to produce still photographs in addition to films.
The Americans was one of the most revolutionary volumes in the history of photography, and it was a source of controversy when it was published in the United States. Frank's cutting perspective on American culture, combined with his carefree attitude toward traditional photographic technique, shocked most Americans who saw it at the time. During the next decade, however, these qualities of his photography became touchstones for a new generation of American photographers; indeed, Frank's work continues to shape contemporary photography.
Lisa Hostetler
Handy et al. Reflections in a Glass Eye: Works from the International Center of Photography Collection, New York: Bulfinch Press in association with the International Center of Photography, 1999, pp. 215-16.