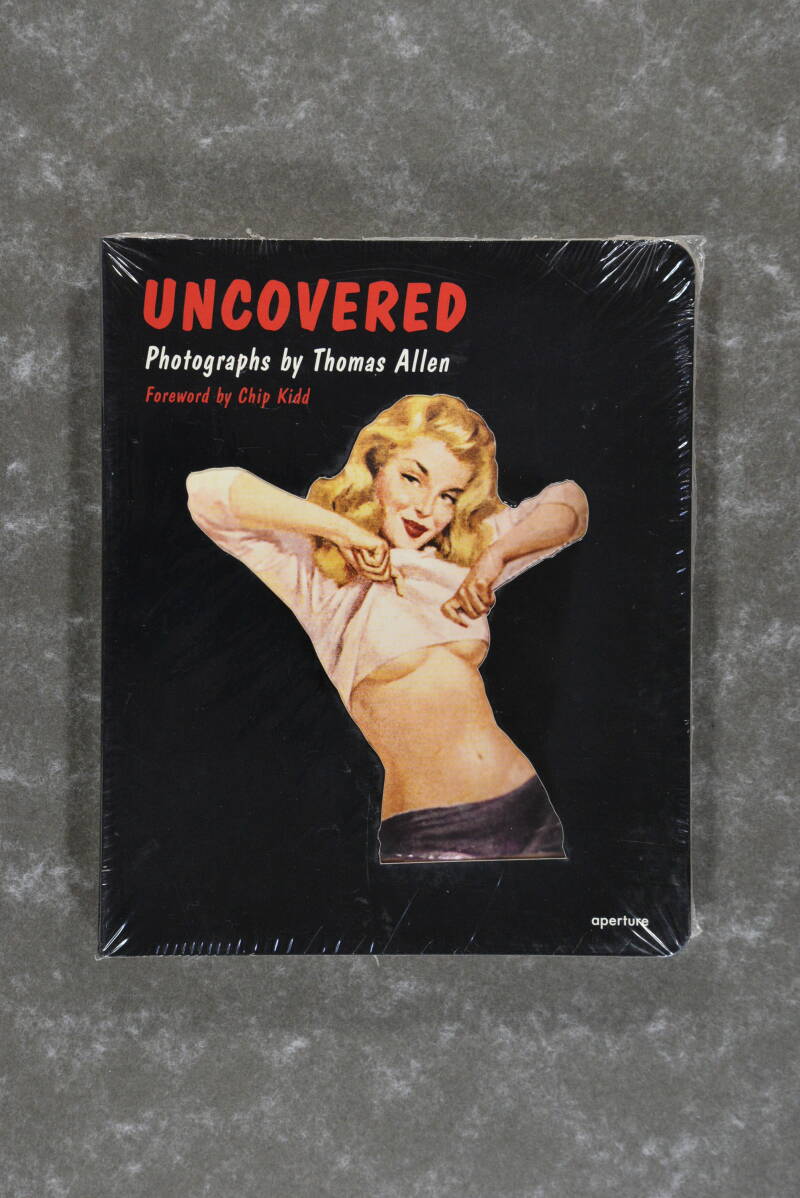 In this darkly delightful first monograph--also a board book--Thomas Allen selects the pulpiest of pulp paperbacks and then lovingly slices out a figure from the cover, gently folds it into position and constructs a witty and oftentimes suggestive scene around it. In "Thirst," a sultry dame reaches from her cover toward a guy with a bottle on a nearby volume; in "Teeter," a man careens toward the edge of a stack of paperbacks, ready to topple. Dogs howl; ships sail; punches fly. Inspired by a love of pop-up books, Hollywood noir, westerns and pulp fiction, Allen revels in the different roles he must play to create his scenarios: "In addition to being a photographer, I play talent scout, casting director, stage manager, lighting supervisor and film editor." Once his original tableaux are perfectly composed, he photographs them in shallow focus, rendering his prints with the dreamy effect of the classic View-Master stereoscopic toy, which has been a long-time inspiration. From femmes fatales to hard-boiled gumshoes, Allen's newly enlivened characters seem to burst from the hefty boards of this almost toylike book, apparently unable to contain themselves. Uncovered includes an introduction by Chip Kidd, one of the most innovative graphic designers working today. Kidd has used Allen's work in many cover designs, including a series of James Ellroy novels.