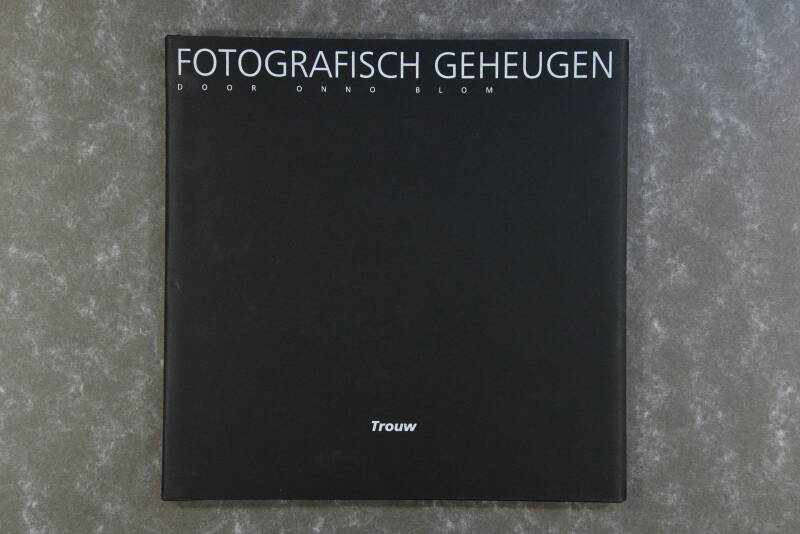 Onno Blom (1969) graduated cum laude in 1994 in Dutch Language and Literature and Cultural Studies. After having worked for a number of years as a literary editor for the newspaper Trouw and for a short time as editor in chief of Prometheus Publishers Bert Bakker and deputy director of De Bezige Bij, he works as a freelance journalist and literary critic. He has made a number of radio programs for Teleac and acts as an interviewer and presenter at literary gatherings in the country. Blom is the official biographer of Jan Wolkers.
Blom compiled the anthology Een reservaat van brine heraringen (A reserve of pickled herring, 1995) - a collection of reflections by foreign writers on the Netherlands - and wrote Het fotografisch geheugen (about photographs by Dutch photographers, 1998), Zolang de voorraad strekt (As long as stocks last (a history of the Boekenweekgeschenken, 2000), Zijn tijdboek (His Book of Hours, 2002), an illustrated biographical portrait of Harry Mulisch, and Het fabeldier die Komrij (The fabulous animal called Komrij, 2004), a monograph by Gerrit Komrij. That's enough from 2008 is Jan Wolkers' report of the last year.
October 19, 2017, on the tenth anniversary of Jan Wolkers' death, the long-awaited The scar of death, the impressive biography by Onno Blom about the sculptor-painter-writer, about the rebellious life of one of the most beloved artists of the Netherlands will appear.