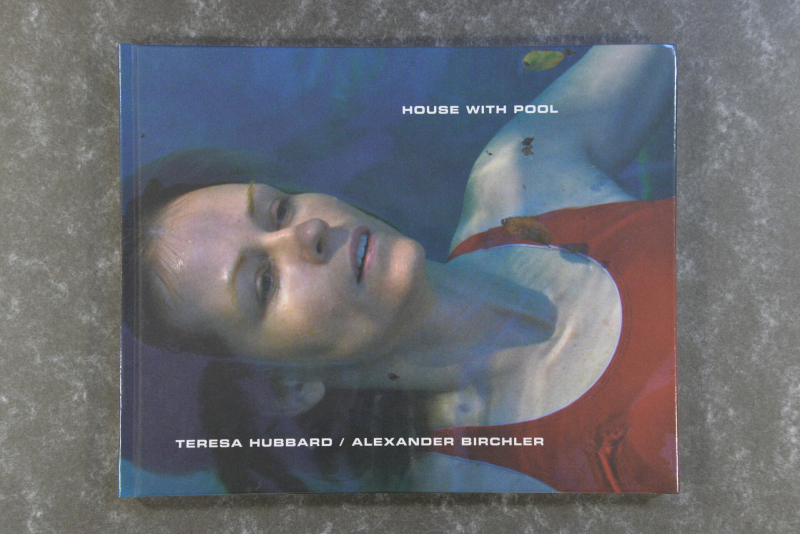 In House with Pool, a party is over, a house sits quiet, a woman is absorbed in thought. She moves through the house and all its objects, the evening’s empty glasses and left-over hors d’oeuvres. Simultaneously a younger woman moves through the night and all its objects: forest trees, manicured lawns, untraceable sounds. The younger woman enters the house; the older woman is unaware of her trespass. There are parallels between the two, but their relationship is uncertain, and their paths — at least here — do not coincide. Instead, the women are drawn together through the items that they pass back and forth to each other and through a repetition of gestures: a hand turns a tap in the shower, a hand turns a knob on a door; a sweater is removed and folded, the sweater is picked up by the other woman and put on; one woman stares in through the window, the other peers from within the house to the dark outside; one woman begins to play a piano composition, the other woman finishes it. A third position enters when a gardener enters the property and “sees” things that neither of the women seem to be aware of. Precise camera and audio work construct a suspenseful narrative loop where the viewer encounters a visual reordering of space that constitutes the emotional inside as physical outside and vice versa. The piano composition played by both women creates an all-encompassing soundtrack, contributing to the work’s mysterious mise-en scêne. House with Pool was shot on location in Austin Texas in 2004.