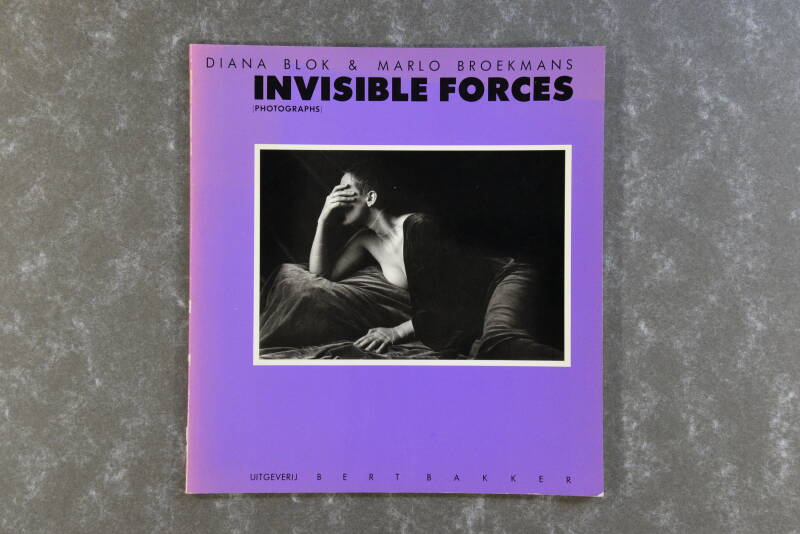 ‘Diana Blok and Marlo Broekmans live in Amsterdam, where Dutch cultural and social systems have permitted ways of living – inside and outside the world and work of the artist – which preceded those of their neighbors.When I exhibited work their work in Britain in 1981, I termed it amoung the first examples of post-feminist photographic production.

By saying this I did not mean that feminism or the need for feminism was finished, only that in some places conditions were such that some people had been able to move forward in their lives and consequently in their art as well. Instead of seeking definition in distinction from masculinity and maleness in struggle, Diana and Marlo’s work leaves behind that particular struggle. Theirs is the wholly female work of whole, self- defined women exploring themselves interactively, work which requires no redefinition by men or via men, work which can only teach men ( if they allow it to reach them) and women images of dreamt realities, of mythological substance, of human femaleness.

Years later, in the work of Javier Valhonrat, an artist of  another sex, another country, and another time. Diana and Marlo’s work finds not mimicry, but echo and reflection, provoked or permitted, directly or indirectly, consciously or otherwise by them, such is its archetypal resonance.