Burckhardt, Rudolph - An Afternoon In Astoria NEW in plastic!! 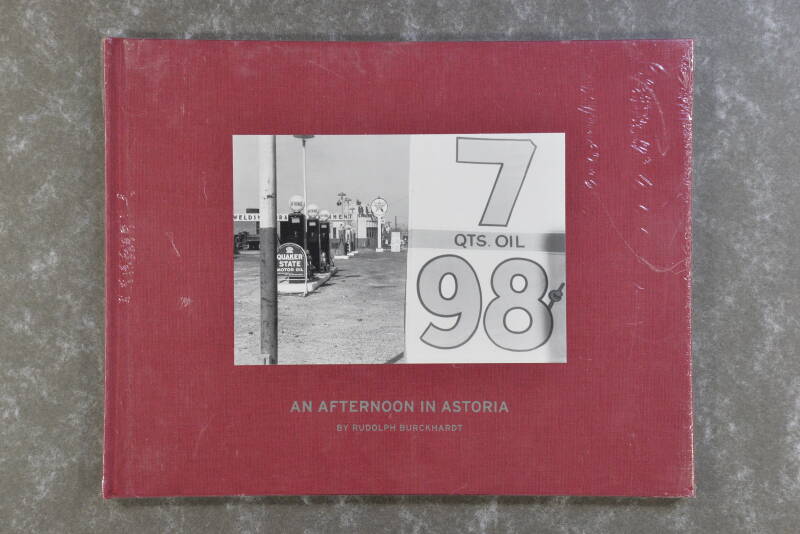 One afternoon in February of 1940, Rudolph Burckhardt took the train from Manhattan to the borough of Queens. While there he took pictures of gas stations, cars and children playing. Revealing the photographer's delight in the uncelebrated and the everyday, these four subjects appear repeatedly, from different distances and varying points of view. Later dry-mounted into a hand-made, spiral-bound album titled An Afternoon in Astoria in neatly printed letters, Burckhardt's photographic sequences take the viewer on a semi-narrative walk through a quiet, spread-out neighborhood, far away from everything. More than 60 years after its creation, An Afternoon in Astoria is now finally made available to an audience larger than the photographer, his family, and his friends. Printed to capture the unassuming nature of the original album, with its careful, filmic sequencing of photographs mounted on neutral gray board, this volume celebrates a long-ago afternoon spent in the borough of Queens, the temporary new home of The Museum of Modern Art, New York.