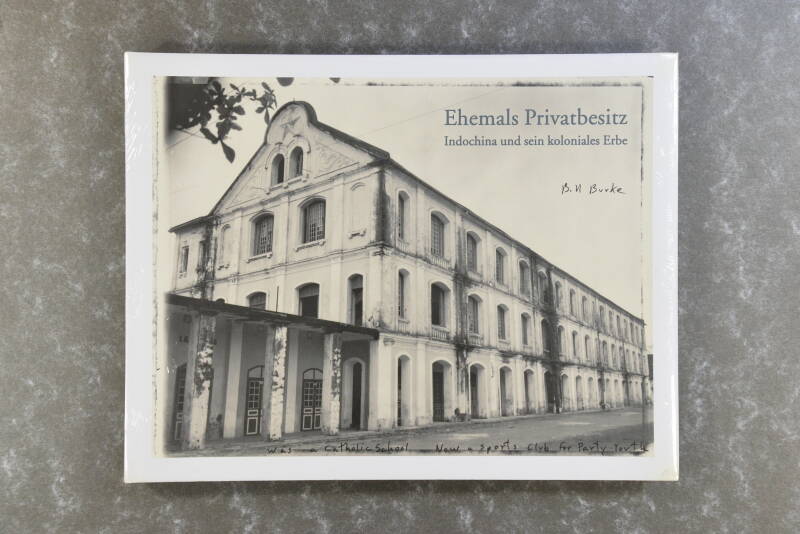 In Vietnam and Cambodia, Bill Burke photographed the legacies of the French colonial masters - magnificent government buildings, factories, cinemas, gas stations - and he followed the traces of the devastating war against the USA and the massacre of the Khmer Rouge under Pol Pot. These photographs seem like picturesque images from a time of subversion, but on closer inspection they impressively reflect the eventful history of a torn society - Bill Burke, born in 1943, studied at the Rhode Island School of Design. His photographs are exhibited worldwide and are part of numerous collections, including International Center of Photography, Metropolitan Museum of Art and Museum of Modern Art New York, Smithsonian Institution Washington, Museum of Fine Arts Boston, J. Paul Getty Museum Los Angeles His work has been awarded the John Simon Guggenheim Fellowship and five times the National Endowment for the Arts. Bill Burke teaches at the School of the Museum of Fine Arts in Boston and lives in Dorchester, Massachusetts.