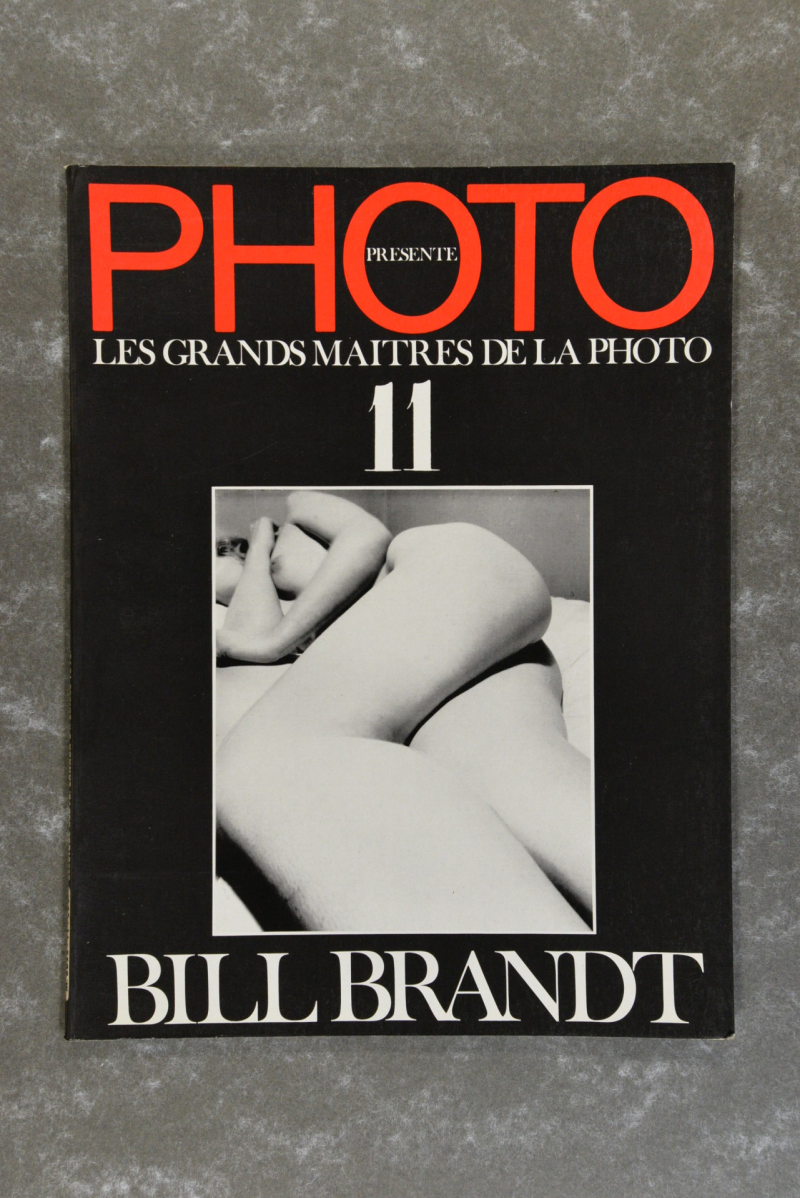 Paris: Union des Editions Modernes, 1984. First edition. Softcover. Text in French with an essay by Mark Haworth-Booth. Includes many of Brandt's best images. A very good plus copy with some slight wear to the top of the spine but otherwise a clean and fresh copy.

An English photographer of German birth, Bill Brandt traveled to Vienna in 1927 to see a lung specialist and then decided to stay and find work in a photography studio. There, in 1928, he met and made a successful portrait of the poet Ezra Pound, who subsequently introduced Brandt to the American-born, Paris-based photographer Man Ray. Brandt arrived in Paris to begin three months of study as an apprentice at the Man Ray Studio in 1929, at the height of the era’s enthusiasm for photographic exhibitions and publications; his work from this time shows the influence of André Kertész and Eugène Atget, as well as Man Ray and the Surrealists.

Upon his return to London, in 1931, Brandt was well versed in the language of photographic modernism. During the 1930s he published his important early monographs The English at Home (1932) and A Night in London (1932) in addition to becoming a frequent contributor to the illustrated press, specifically Picture Post, Lilliput, Weekly Illustrated, and Verve, his published pictures exemplifying his technical skill and his interest in building visual narratives. Some of his most significant reportages represented the extreme conditions created by World War II. After the war, Brandt began a long exploration of the female nude, transforming the body through the angle and frame of the camera lens.