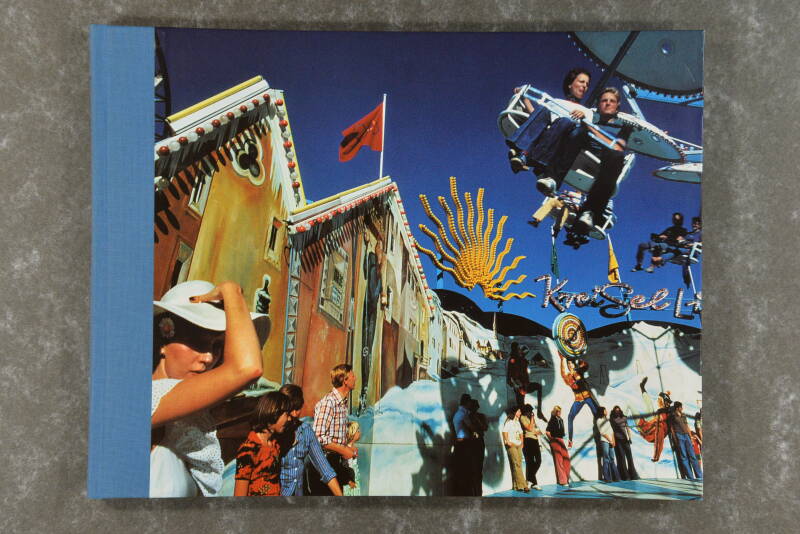 • printed on polypropylen “paper” from Japan

• With a text by Guido Magnaguagno

Published on the occasion of Rene Burri's 65th birthday, this volume presents a selection of many previously unpublished images by the renowned Magnum photographer. Photographs by Burri; story by Barry Gifford on brown-stock paper. 72 pages; 54 full-page duo-toned b&w plates + 2 text illustrations; 8.75 x 11.75 inches. From a numbered edition limited to 3000 copies. Text in English.

René Burri was a Swiss photographer, known for his images documenting major political and cultural events of the latter 20th century. His photographic portraits of important figures, including Pablo Picasso and Che Guevera, have reached iconic status in popular culture. Born in Zürich, Switzerland on April 6, 1933, he went on to study at the School of Applied Arts from 1949 to 1953 under prominent Swiss artists like Johannes Itten and Alfred Willimann. After graduating, Burri worked a series of jobs in the commercial sector: documentary filmmaker, cameraman for Disney, and photojournalist. It wasn't until joining the photographic cooperative Magnum Photos in 1955 that he began the work he would become best known, documenting key figures in military, political, and cultural spheres all across the world. Between 1956 and 1959, he traveled extensively in Europe, Asia, the Middle East, and Latin America, and was published in LIFE, The New York Times, Stern, Paris-Match, and Look. Burri died in Zürich, Switzerland on October 20, 2014.