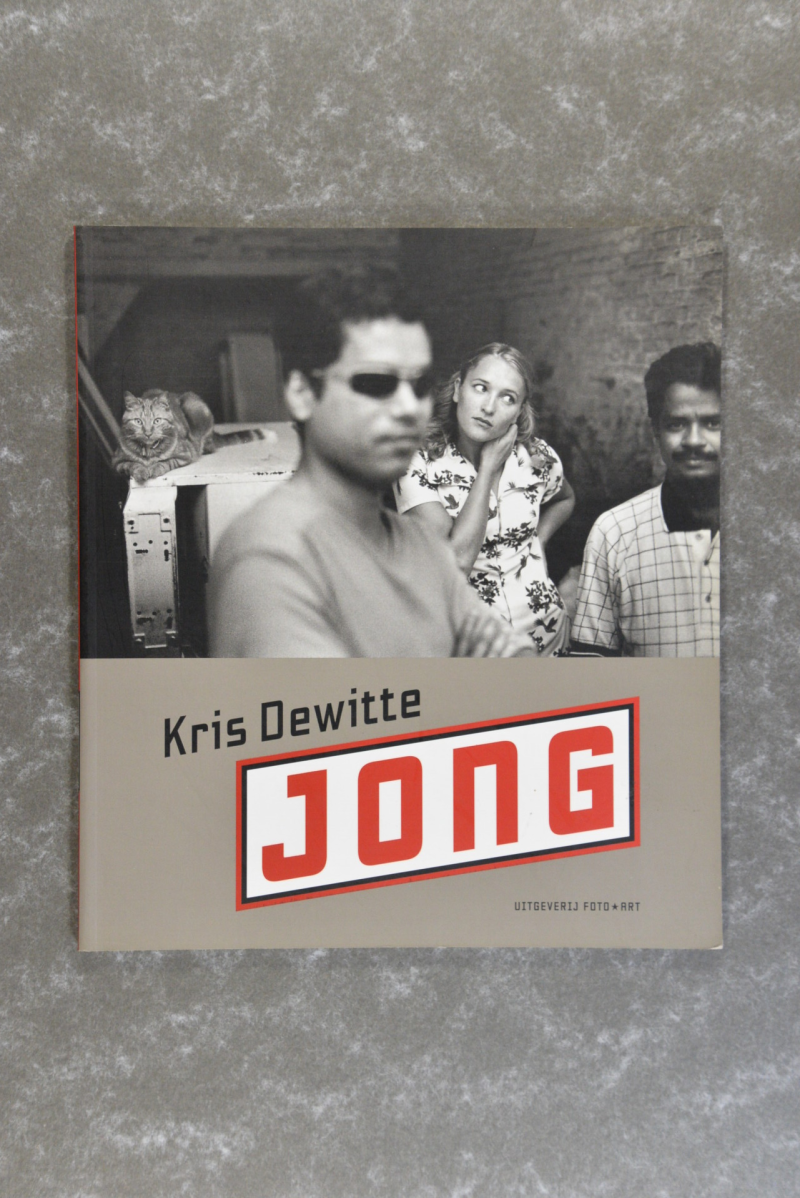 This book is the result of a project by Kris Dewitte, who made a series of photographs of young actors. He tried to penetrate the unadorned 'I' of all these young actors and actresses with soft violence. He doesn't impress with witty and spectacular sets, nor with symbolic props. Photographer Kris Dewitte turns out to be a chronicler of a generation and that translates especially in the eyes of these young people and in how they look at the world. The book is filled with one double page per actor. On the right is his/her name with a portrait from childhood and on the left is a full-page portrait in black and white. This results in a book with strong portraits, in which especially the eyes of the people portrayed are beautifully captured.

Kris Dewitte (º1967) is obsessed by both film and photography. For years he has been going to
Various film festivals to photograph filmmakers, actors and actresses. Closer to home visits
he the sets of Belgian and Dutch films to shoot captivating images. The
exhibition Jong! shows Dewittes photographs of young, Belgian, up-and-coming acting talent.
Franz Marijnen was one of the initiators of the exhibition, which has been on tour since 9 February 2001.
in the Netherlands and Flanders, from the Brakke Grond in Amsterdam to the Velinx in Tongeren, say
but.

Franz Marijnen saw the photos of Kris Dewitte that are bundled in Facts of Emotions. By
the fascination for those photographs he once asked him to do something within the bottling plant, a project
for which Dewitte was given complete freedom. This is how Jong! came into being: a subjective overview of the
Young, up-and-coming acting talent in Flanders. With "young" the photographer laid the
age limit at thirty years.

Although Kris Dewitte had considerably more time at his disposal than he did for the sculptures he made in Cannes.
shot, it was far from the intention to take the pictures in a camaraderie atmosphere.
He wanted to fathom the persons as well as possible. Assessing someone and especially not forcing them was the
intention. You immediately see that the photos were created in a relaxed, friendly atmosphere.
Although it is always about poses, you can in no way speak of posed pictures. They seem to be
very casual, almost caught in a moment of inattention.

And how Dewitte succeeded. In every image there is a casualness and a serenity. The
images are always built up to the specific facial features and the inner characteristics of the
to alienate young people. In short, he grabbed the actors/actresses in a moment, in a
unforced moment, so that it almost seems that the photos, despite the pose of the
portrayed, not posed.

At the center of Dewitte's photographs are always the eyes of the actors and actresses. The look in
the eyes, the expression, she is always so prominent that they determine the whole image and the atmosphere.
that conveys the image. It is not for nothing that Franz Marijnen speaks in this context of a
eye-photographer in the introduction of the book. But not only the eyes are the eye-catchers in the
Pictures of Kris Dewitte. Again and again he can, whether it's about Sandrine André, Tine
Embrechts or Ides Meire goes, the actors and actresses catch up in a way that makes him their
personality (both inner and outer) emphasized.

Commissioned by the Theaterfestival, Dewitte also made some photographs of young, Dutch
actors and actresses. At the exhibition in Ghent and Tongeren, the results of these sessions will be presented to the public.
can also be seen.