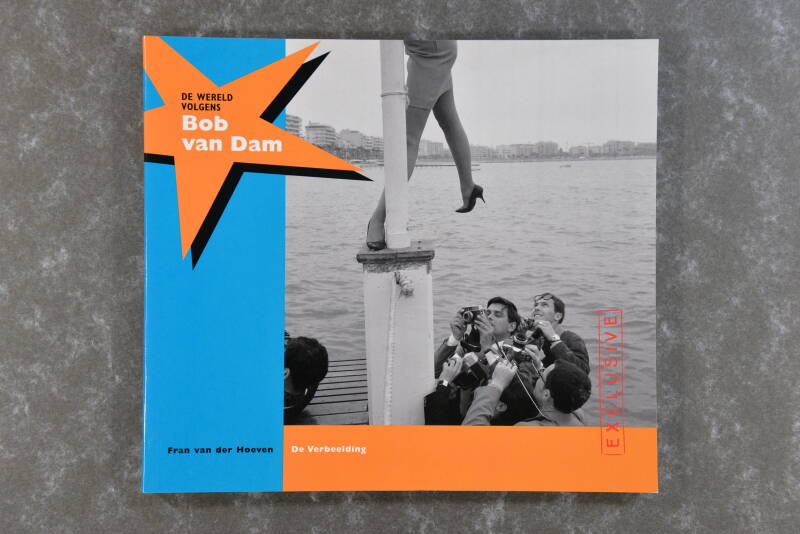 In 1955 Bob van Dam (1928-2002) founded his own press agency, 'Combi Press' Service. With his companions he made photos and reports of famous musicians, film stars and other celebrities. In the 60's and 70's Combi-Press photos were used in newspapers and magazines, as a record sleeve or promotional material, You could call Van Dam and his partners the first pop photographers of the Netherlands. After that Bob van Dam made many travel reports. By now, the few known photographs of Bob van Dam enjoy a certain cult status, which this publication will undoubtedly encourage. Fran van der Hoeven made a selection from the gigantic archive of 300,000 negatives (managed by the Dutch Photo Museum) with images largely never shown before.