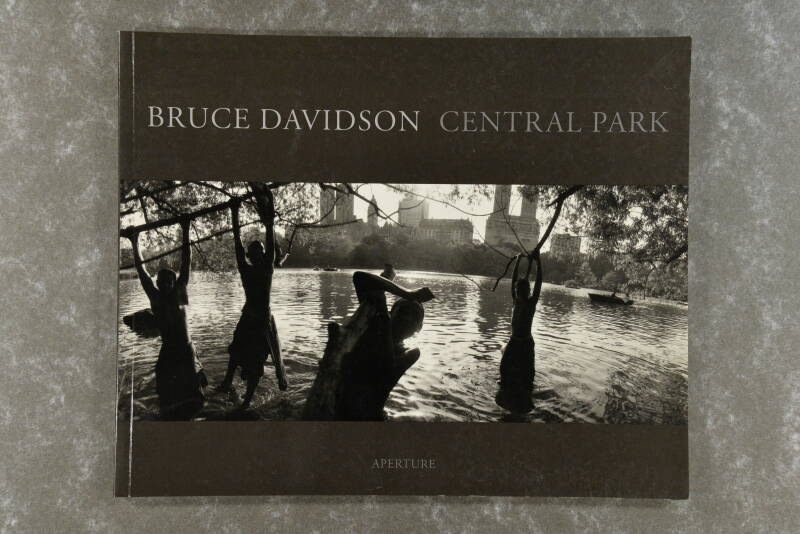 Working in New York City’s Central Park over four years, Bruce Davidson made images of the vibrant life and activities that take place in the well-loved green space. The Magnum photographer and New York resident captured youthful play, rendezvous-ing couples, and citydwellers at rest in the park. He also became acquainted with a variety of eccentric characters —his reflections of meeting these individuals, taken from his book Central Park, are republished below. His notes are prefaced by a text by Elizabeth Barlow Rogers on the richness of Davidson’s work made in the famed space. Elizabeth Barlow Rogers is a landscape designer, preservationist and writer, founder of the Central Park Conservancy, and President of the Foundation for Landscape Studies.

Created in the middle of the nineteenth century, Central Park is a product of humanitarian reform and picturesque romanticism. Then, it was felt by its designers, Frederick Law Olmsted and Calvert Vaux, to be a civilising force, a healthful and spiritually refreshing counterpoint to the burgeoning Industrial Age metropolis that would soon surround it. In their then-novel democratic experiment, they believed that scenery, artfully arranged to resemble pastoral meadows and natural woodlands, would act as a moral agent operating beneficially on the sense of the rich and poor alike.

The Sheep Meadow, the Ramble, the Dene, and the Meer—the park’s bucolic spaces have names that fall quaintly on the modern ear. Although twenty-six ball fields have been inscribed upon Olmsted and Vaux’s rustic text in this century, the true glory of Central Park is the humanizing effect its tranquil meadows and secluded byways produce on those who frequent them. As Olmsted described it, “The character of this influence is a poetic one [whereby] the mind may be more or less lifted out of moods or habits into which it is, under the ordinary conditions of life in the city, likely to fall.”