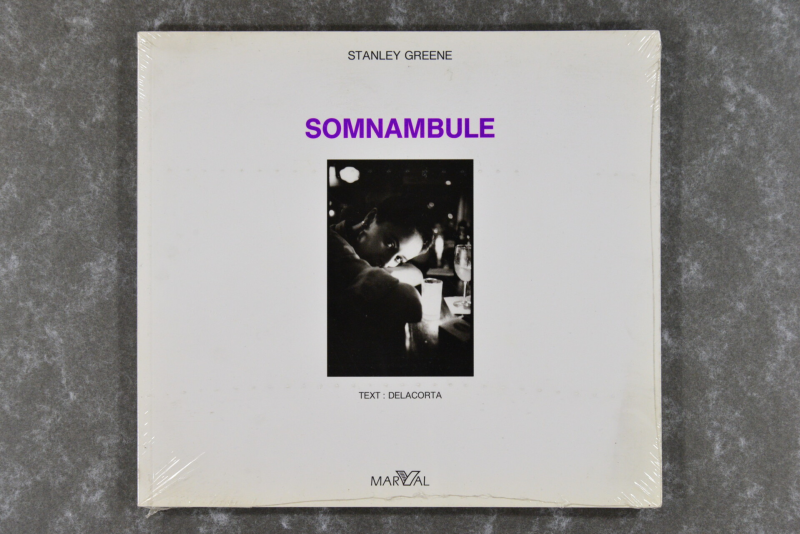 During the early years of his career, Stanley Greene (USA, 1949-2017) produced The Western Front, a unique documentation of the San Francisco’s punk scene in the 1970s and 80s. An encounter with W. Eugene Smith turned his energies to photojournalism. Stanley began photographing for magazines, and worked as temporary staff photographer for the New York Newsday.

In 1986, he moved to Paris and began covering events across the globe. By chance, he was on hand to record the fall of the Berlin Wall. The changing political winds in Eastern Europe and Russia brought Greene to a different kind of photojournalism. He soon found himself photographing the myriad aspects of the decline of communism and the break-up of the Soviet Union.

Stanley was a member of the Paris-based photo agency Agence VU from 1991 to 2007. Beginning in 1993, he was based in Moscow working for Liberation, Paris Match, Time, The New York Times Magazine, Newsweek, Le Nouvel Observateur, as well as other international news magazines. In October 1993, Stanley was trapped and almost killed in the White House in Moscow during a coup attempt against Boris Yeltsin. He was the only western journalist inside to cover it. Two of his resulting pictures won World Press Photo awards.

In the early 1990s, Stanley went to Southern Sudan to document the war and famine there for Globe Hebdo (France). He traveled to Bhopal, India, again for Globe Hebdo, to report on the aftermath of the Union Carbide gas poisoning. From 1994 to 2001, Stanley covered the conflict in Chechnya between rebels and Russian armed forces. His in-depth coverage was published in the monograph Open Wound: Chechnya 1994-2003 (Trolley 2003) and in the 1995 publication Dans Les Montagnes Où Vivent Les Aigles (Actes Sud). The work also appeared in Anna Politkovskaya’s book, A Dirty War: A Russian Reporter in Chechnya (2001). In 1994, Stanley was invited by Médecins sans Frontières to document their emergency relief operations during the cholera epidemic in Rwanda and Zaire. He has covered conflict and aftermath in Nagorno-Karabakh, Iraq, Sudan, Darfur, Afghanistan, Kashmir, and Lebanon.

Stanley was awarded a Katrina Media Fellowship from the Open Society Institute in 2006. In 2010, to mark the fifth commemoration of Hurricane Katrina - together with Dutch photographer Kadir van Lohuizen - Stanley made “Those who fell through the cracks”, a collaborative project documenting Katrina's effects on Gulf coast residents. The same year, Stanley’s book Black Passport was published (Schilt). In 2012, Stanley was the guest of honor of Tbilisi Photo Festival and began his project on e-waste traveling to Nigeria, India, China and Pakistan.

Stanley Greene is a founding member of NOOR. Stanley passed away in Paris, France on May 19th, 2017.