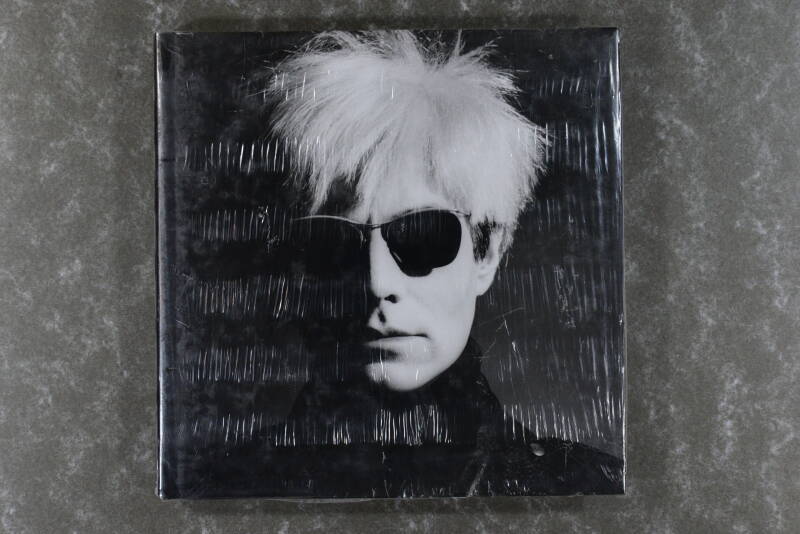 In 1982 Greg Gorman was just beginning his career as a photographer, creating campaigns and publicity shoots for such films as Tootsie, The Big Chill and Scarface, with stars from the worlds of film, television and music gracing his studio on a daily basis. It was also at this time that Jeff Gorman and Gary Johns created a campaign for the famous Los Angeles-based eyewear company, L.A. Eyeworks, for which they hired Gorman as house photographer.

The ads were published as full-page bleeds in Andy Warhol's Interview magazine; and the campaign, one of the very first celebrity endorsed "advertorials" of its kind, has endured over 30 years, making it one of the longest running photo-campaigns ever. Gorman was able to recruit stars for the campaign from his film-studio work, and Warhol--who personally called the photographer and requested to do an L.A. Eyeworks shoot, which led to the series' most famous portrait--also gathered famous faces for the company. Alongside Warhol, the many celebrities photographed by Gorman in their L.A. Eyeworks frames include Boy George, Philip Glass, Meryl Streep, Jodie Foster, Iman, Lypsinka, Bryan Ferry, Grace Jones, Quentin Crisp, John Waters, Johnny Rotten, Rob Lowe, Whoopi Goldberg, Mickey Rourke, Frank Zappa, Elton John, Divine, Pierce Brosnan, David Hockney, Debbie Harry and Pee Wee Herman. Gorman's luscious, era-defining, black-and-white photographs are gathered here for the first time.