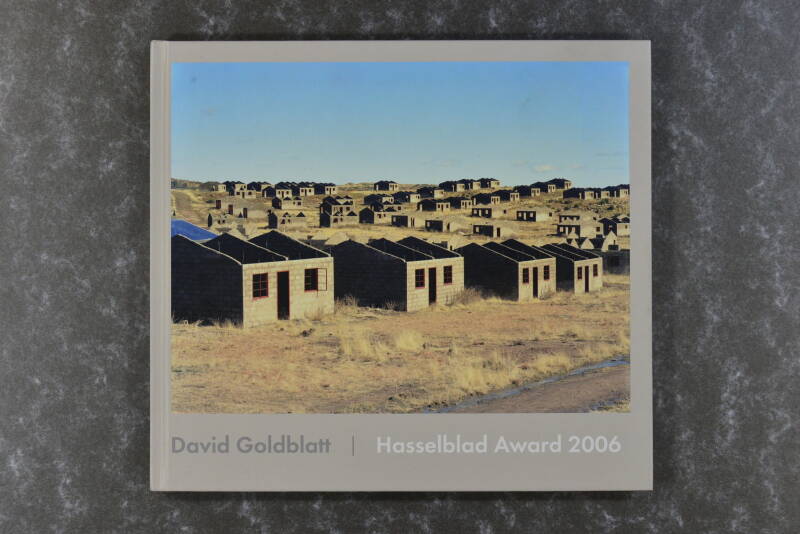 When David Goldblatt (29 November 1930 – 25 June 2018) received the world-renowned Hasselblad Award in 2006, he had been making photographs of the South African landscape and culture for more than 50 years. Born in 1930 in a gold-mining town near Johannesburg, his parents were Jewish refugees from Lithuania, and they raised him with an emphasis on tolerance and antiracism. In 1975, at the height of apartheid, Goldblatt explored white nationalist culture in Some Afrikaners Photographed, and in the 80s he observed workers on the Kwandebele-Pretoria bus, many of whom traveled eight hours every day to work and back. His late-90s solo show at New York's Museum of Modern Art focused on architectural work, and showed off Goldblatt's uncanny ability to discover a society through its buildings and landscapes. His photographs of architectural structures revealed the ways that ideology had defined his home country's landscape.

What differentiates Goldblatt's body of work from those of other anti-apartheid artists is that he photographed issues that went beyond the violent events of apartheid and reflected the conditions that led up to them. His forms of protest have a subtlety that traditional documentary photographs may lack: "[M]y dispassion was an attitude in which I tried to avoid easy judgments. . . . This resulted in a photography that appeared to be disengaged and apolitical, but which was in fact the opposite."