Gronier, Marion - I am your fantasy (New in plastic!) 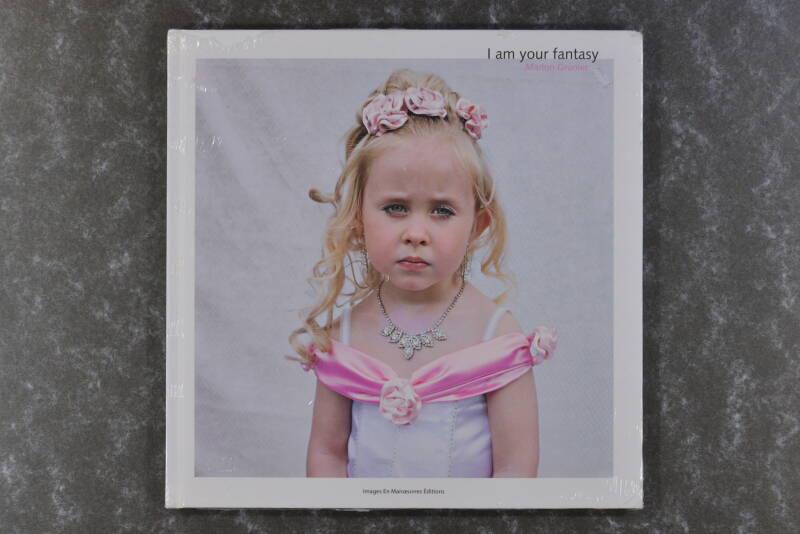 The portraits in I am your fantasy were taken between December 2009 and May 2011 in the small towns around Douai, Nord-Pas de Calais, France. The young girls featuring in the photographs are entrants in the local Mini-Miss Beauty Contests organized by their mothers, portrayed next to the girls. These photographs that show rather sad looking girls, constitute a work of art. Gronier states that the people who have allowed her to use their images cannot be reduced to what this work expresses.

After literary studies, Marion Gronier (born 1976) chooses photography and devotes herself to her personal projects which hollow out the human figure. From three stays of several months in Asia - China (2005), India (2007) then Japan (2008) - she brings back portraits of traveling theater actors, photographed behind the scenes. This work was exhibited at the Théâtre de Nimes in 2006, at the Hudson Editions gallery in Paris in 2007, at the chroniques Nomades festival in Honfleur in 2009 and at the International Image Biennale in Luang Prabang, Laos, in 2010. Invited in residency at Atelier De Visu in Marseille in 2009, she produced portraits of sedentary Gypsies. Other stays will follow to deepen this work. She begun a work, still in progress, of portraits of traveling circus artists.