Haberman, Irving - Eyes on an Era: Four Decades of Photojournalism 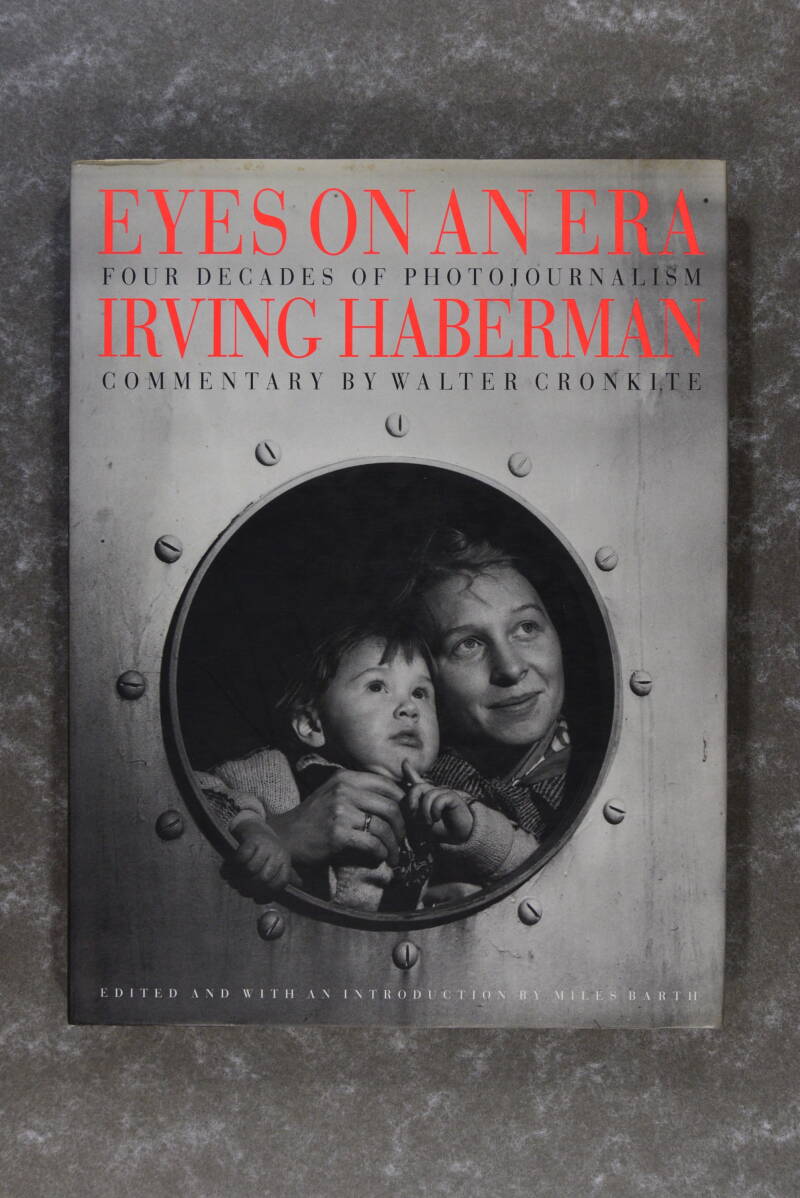 Eyes on an Era takes an insightful and nostalgic look at America through the lens of premier photojournalist Irving Habermann during the decades that shaped the modern era. From World War II to Vietnam, from Roosevelt to Nixon, Haberman's documentation of important figures and events is matched only by his depiction of ordinary people - their struggles, their aspirations, their triumphs.
Organized by decade, Eyes on an Era is narrated by newsman Walter Cronkite, Habermann's longtime colleague and friend, who brings a unique perspective to this photographic overview of American life.
Curator Miles Barth's introduction reconstructs Haberman's importance to photojournalism, from his days as a newspaper and magazine contributor to his activities as chronicler of the emerging television age in his role as photographer at CBS.

Irving Haberman (June 1, 1916 - March 25, 2003) was one of the preeminent news photographers of the 20th century. Born in the Bronx, New York, he "shot 'em all" during an illustrious career that spanned nearly 50 years, including stops at the Brooklyn Eagle (1936-1939), PM (1941-1949) and CBS (1949-1985). He captured some of the most celebrated personalities and defining moments of the era, together with the struggles, aspirations and triumphs of ordinary people.