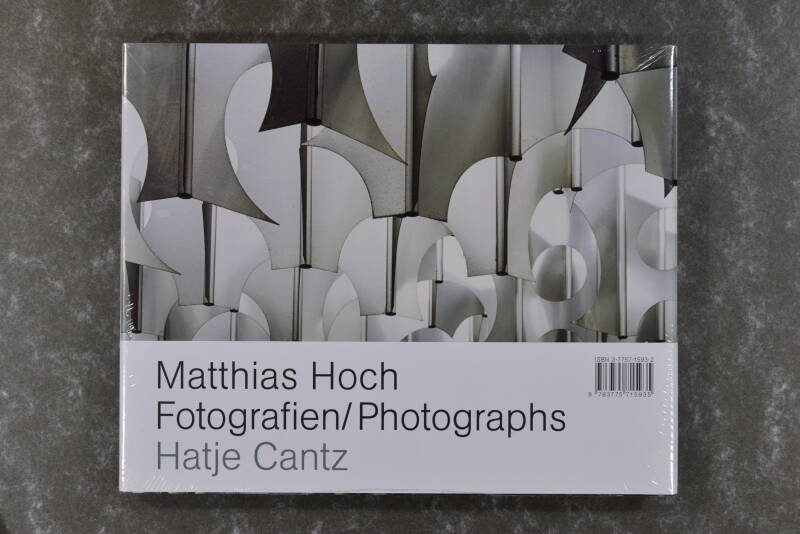 Building facades, parking decks, stadium roofs, sauna chairs--the banality of Matthias Hoch's urban subject matter is belied by the intense artistry of his image-making. In Hoch's photographs, "a purism of color and form pursues things to abstraction, penetrating to the essence, the idea," writes critic Michael Stoeber, and the "essence" of these familiar surfaces of our everyday environment turns out far more sensual than one might expect. Lucidly composed, Hoch's photos position the objects and topographies of city existence with a keen, almost obsessive attention to surface quality and compositional format.

The artist's unexpected choices of scale and perspective evoke puzzlement and ambiguity, making for a more but often less recognizable material source. But the city itself is never quite the subject: Be they in Paris or Brussels, Hoch's metropolises would be unknowable, if not for the fact that city name and caption are one and the same.

Since his early experiments in the rapidly changing urban landscapes of eastern Germany, where he was a student in Leipzig, Hoch has been exploring the ubiquitous formal language of modern European urban development.

In this collection of approximately 80 individual works, the views Hoch presents demonstrate a consistently analytical approach to the space that surrounds us and simultaneous attention to its sculptural quality.

Matthias Hoch was born in Dresden, Germany (1958). He is a visual artist and photographer. Solo exhibitions of his work have been mounted primarily in galleries in Germany, England and California. His photographs belong in the collections of such institutions as the George Eastman House, Rochester, the Museum Ludwig Koln, and The Museum of Modern Art, New York.