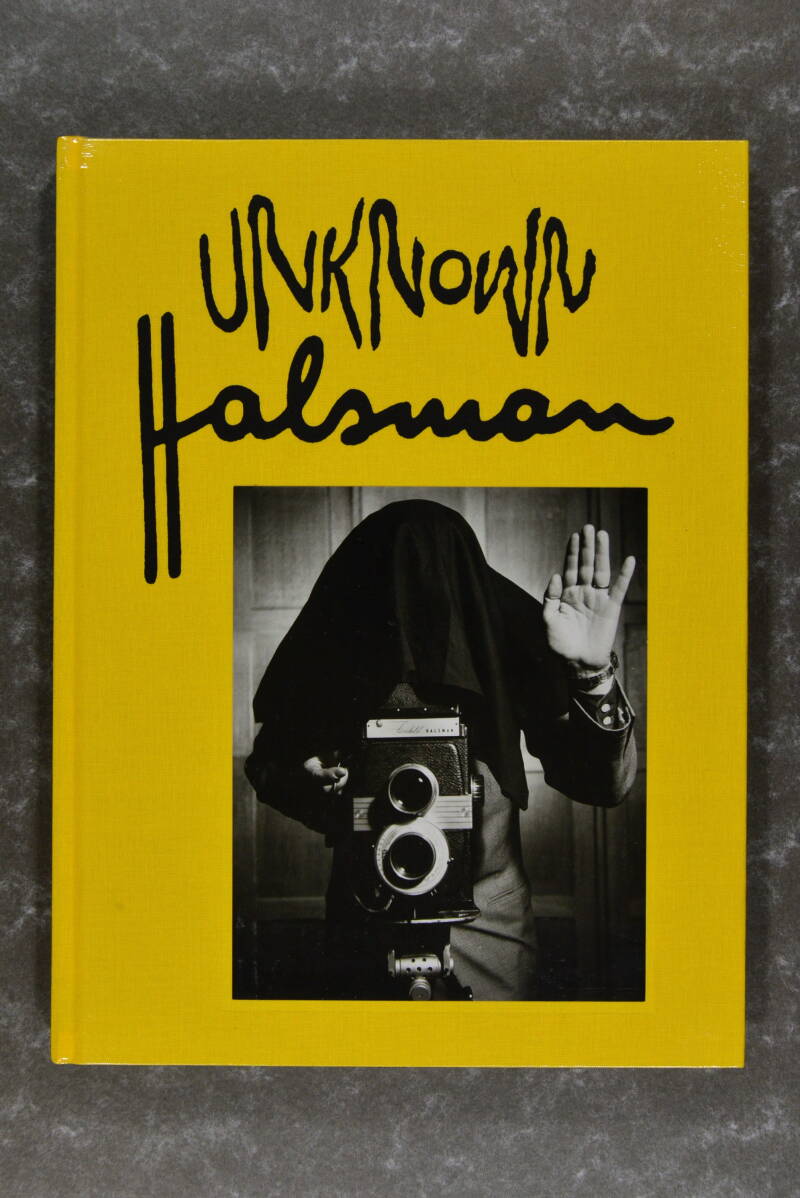 Unknown Halsman reveals an overlooked, playful, and bizarre side of Philippe Halsman, one of the most innovative photographers of the twentieth century. Most previous publications on Halsman feature his iconic portraiture, which appeared on the cover of Life and other top American magazines from the 40s through the 70s. He is also remembered for his groundbreaking Surrealist photo collaborations with Salvador Dali.

Edited by his grandson Oliver Halsman Rosenberg (who has spent the past two years organizing the archive and discovering the depth of the celebrated photographer's unpublished oeuvre), most of the images in this distinctive volume--which include private and experimental photographs, decontextualized advertisements, outtakes from famous sittings, contact sheets, and family snapshots--have never been seen as a body of work in their own right. One of

Philippe Halsman's many aphorisms, "The way a photographer sees is an extension of his character," is apt; these photographs not only capture his character, but they also bring to life the essence of his era.
Oliver Halsman Rosenberg, also an artist, has lent his graphic sense to this publication, creating a uniquely designed and sequenced monograph that is both colorful and spirited. Intermingled with 100 fine reproductions of Halsman's photographs are numerous quotes by the photographer as well as luminaries like Salvador Dalí, Jean Cocteau, Martha Graham, and Alfred Hitchcock. All quotes are hand-illustrated by Oliver Halsman Rosenberg in a unique brush font that is inspired by Japanese calligraphy and hand-made zines. Contributing to the well-considered and intimate feel of this publication is the use of yellow throughout the book, inspired by a wall in Halsman's former photo studio; the blue floral endpapers, which were taken from the fabric of Halsman's couch; and the use of a typewriter font that evokes the correspondence found during the archiving process. Oliver Halsman Rosenberg also contributes an illustrated essay. A major European multi-venue retrospective is in the works for 2009-2010.

"The way a photographer sees is an extension of his character,"

Born in Riga, Latvia (1906-1997) Philippe Halsman discovered his passion and talent for photography as a teenager. He moved to Paris in 1930 and there began his career as a portrait photographer. Soon after, his work began appearing in magazines such as Vogue, Vuand, and Voila. His career was brought to a grinding halt when Hitler's troops arrived in Paris in 1940.

Halsman escaped to New York with little but his camera. Shooting for Life in the early 1940s, he quickly established himself in the New York photo scene. Halsman's disarming ability to expose the personality of his subjects without pretense quickly made him one of the most sought after photographers by the nation's cultural elite, including Marilyn Monroe, Albert Einstein, Audrey Hepburn, Alfred Hitchcock, John F. Kennedy, and Andy Warhol. Following a major retrospective at the International Center of Photography, he died in New York in 1979 at the age of 73.