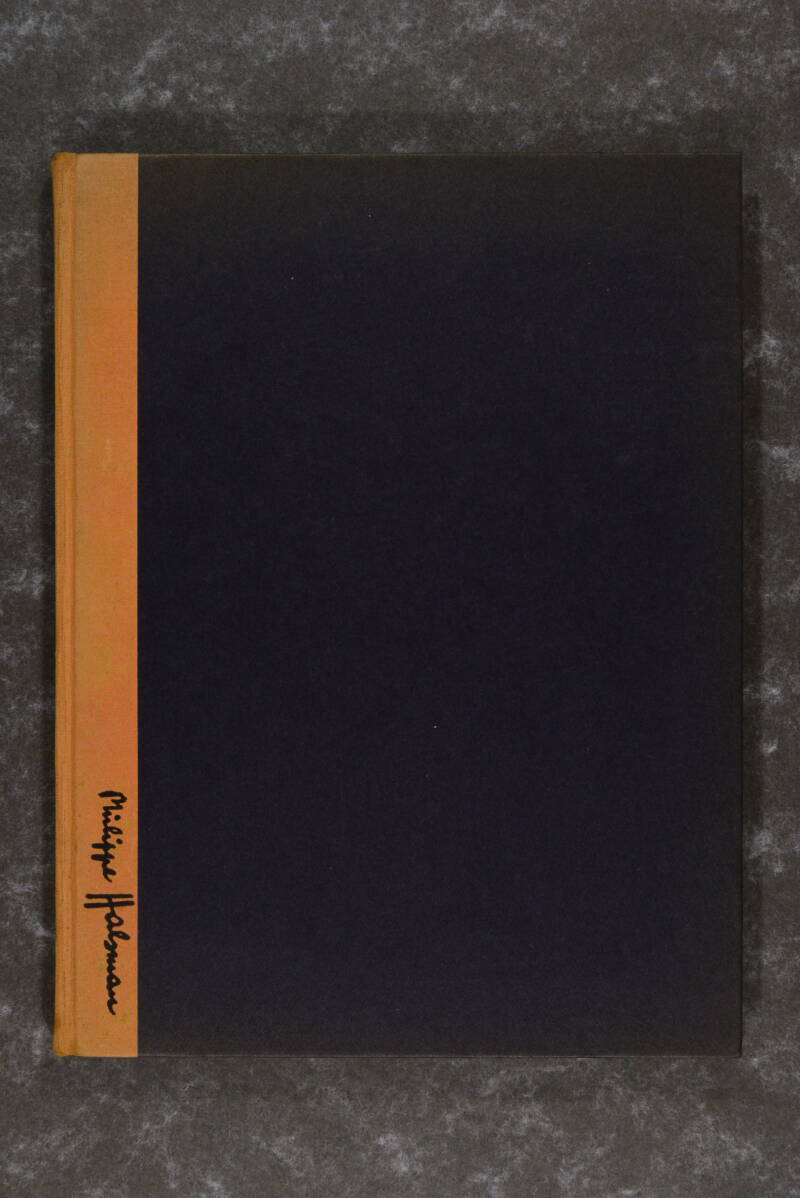 Philippe Halsman's Jump Book gathers nearly 200 Halsman portraits of famous subjects in midair. These uniquely witty and energetic images of airborne movie stars, politicians, royalty, artists, and authors have become an important part of Halsman's photographic legacy.
For a period of six years in the mid-1950s, Halsman ended his portrait sessions by asking his sitters to jump. Grace Kelly, Marilyn Monroe, Edward Steichen, Audrey Hepburn, Robert Oppenheimer, John Steinbeck, Weegee, Aldous Huxley, Marc Chagall, Salvador Dalí, Brigitte Bardot, and Groucho Marx all took the leap of faith. It is a tribute to Halsman's powers of persuasion that even Richard Nixon, the Duke, and Duchess of Windsor, and other figures not famed for their spontaneity was talked into "rising" to the challenge.

The images are witty, energetic, and unexpected.

"When Marilyn Monroe jumped in my studio, she bent her knees and, like a girl, threw her legs backward. The legs disappeared and, in the moment of the picture, I saw a truncated torso. Without realizing the excellence of this image, I complained that I could not see her legs."

Born in Riga, Latvia (1906-1997) Philippe Halsman discovered his passion and talent for photography as a teenager. He moved to Paris in 1930 and there began his career as a portrait photographer. Soon after, his work began appearing in magazines such as Vogue, Vuand, and Voila. His career was brought to a grinding halt when Hitler's troops arrived in Paris in 1940.

Halsman escaped to New York with little but his camera. Shooting for Life in the early 1940s, he quickly established himself in the New York photo scene. Halsman's disarming ability to expose the personality of his subjects without pretense quickly made him one of the most sought after photographers by the nation's cultural elite, including Marilyn Monroe, Albert Einstein, Audrey Hepburn, Alfred Hitchcock, John F. Kennedy, and Andy Warhol. Following a major retrospective at the International Center of Photography, he died in New York in 1979 at the age of 73.