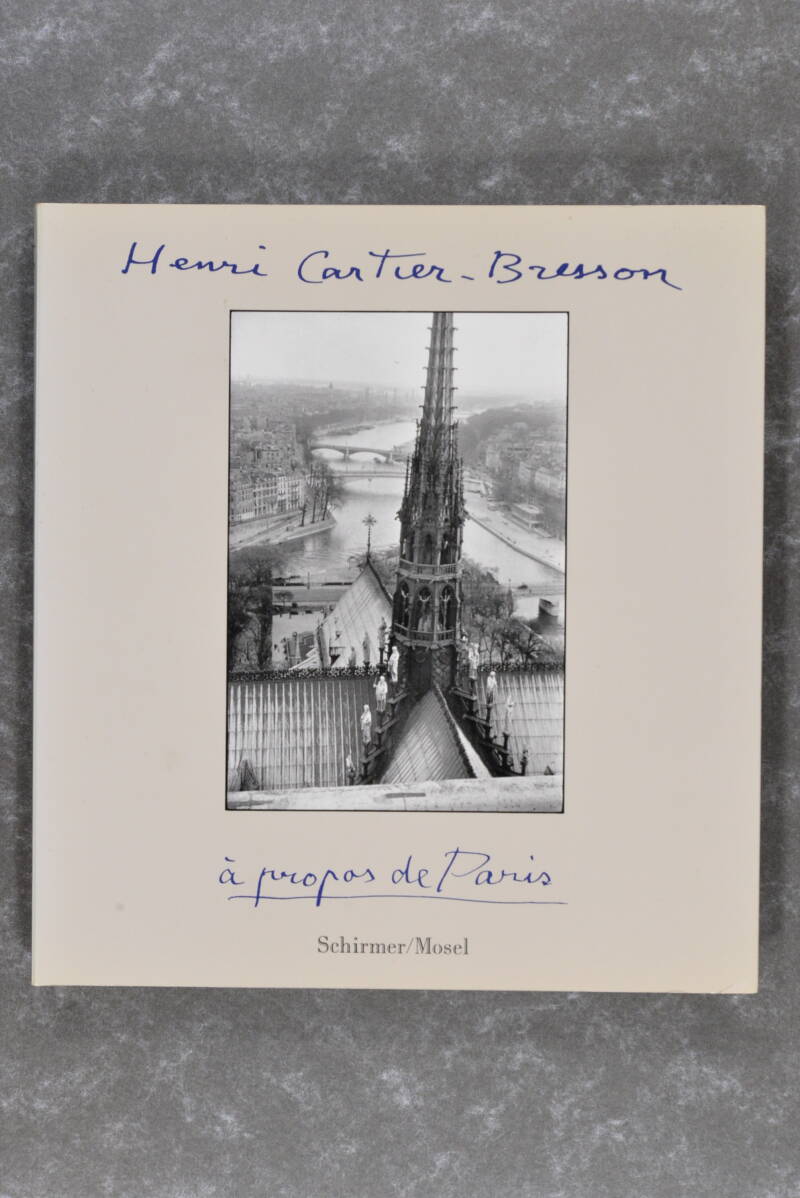 Photography is nothing, it's life that interests me.--Henri Cartier-Bresson. A PROPOS DE PARIS presents the renowned photographer's personal selection of more than 130 of his best photographs of Paris taken over 50 years. This is a unique gallery of urban landscapes rendered by a great sensibility. 131 illustrations.

"Photography is nothing, it's life that interests me." With his ever-present Leica camera, Henri Cartier-Bresson captured the raw and the sweet, the comic and the profound moments of lives that were lost in the grind or relegated to someone else's memory--the coincidental moment at which a reflection in a puddle of water mimics a poster on a nearby wall or when lovers kiss, oblivious to the not-so-pristine world around them. It is the familiar beauty and cruelty of the day-to-day that is so engaging in his photographs: two cosmopolitan woman chat nonchalantly while surrounded by empty lettuce crates; mourners at a funeral stare directly into the camera; postwar Paris awakens in the fog. Cartier-Bresson was the master of the "decisive moment," that fleeting instant for which a picture really is worth a thousand words, which is the essence of photojournalism. In no place is this more exemplified than in his images of Paris.

Cartier-Bresson personally selected the more than 130 black-and-white photographs of Paris for this publication. With photographs taken over a period of 50 years, the work is beautifully and generously printed in duotone. The accompanying essays, both short and unobtrusive, are also familiar and personal. One essayist captures the essence of Cartier-Bresson's camera work: "When life calls, he is always there, to assist, or to admire; to rebel, or to say no to exploiters and imposters, and to all those who demean its value." --Manine Golden

Henri Cartier-Bresson is one of this century's leading photographers and his career has profoundly influenced the field. His earliest images are of Europe in the 1930s and 40s; he later traveled throughout the world -- to the United States, India, Japan, China, Mexico, the Soviet Union -- to frame the world with his camera.