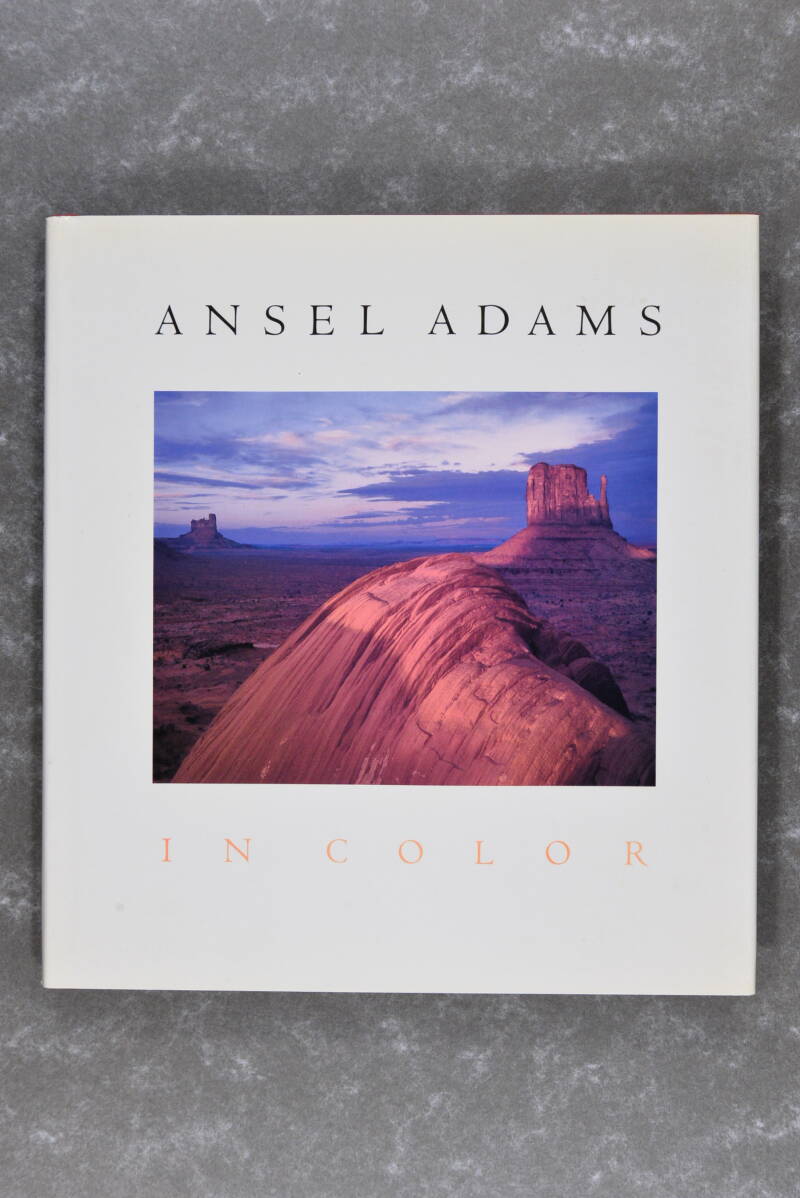 A collection of color photographs from the nation's foremost landscape photographer reveals a portion of the photographer's color work that has never been seen before, accompanied by selected writings by Adams. 75,000 first printing.

Ansel Adams never made up his mind about color photography. Long before his death in 1984 at age 82, he foresaw that this "beguiling medium" might one day replace his cherished black and white. In notes tentatively dated to 1949, he observed that "color photography is rapidly becoming of major importance."

Yet he once likened working in color to playing an out-of-tune piano. America's regnant Western landscape photographer tried to control every step of picture-making, but for much of his lifetime too many stages of the color process were out of his hands. Kodachrome—the first mass-market color film, introduced in 1935—was so complicated that even Adams, a darkroom wizard, had to rely on labs to develop it. Color printing was a crapshoot in the 1940s and '50s. Reproductions in magazines and books could be garish or out of register. Before the 1960s, black-and-white film often actually yielded subtler, less exaggerated pictures of reality.