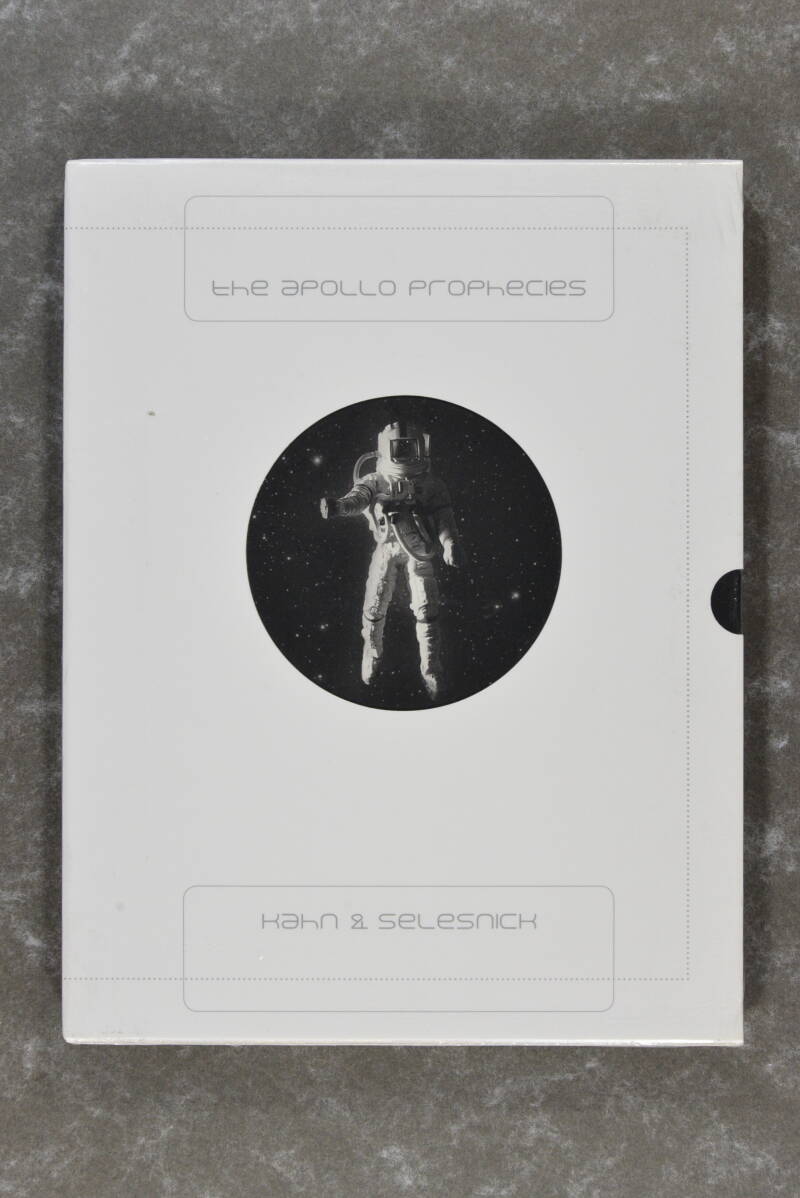 The Apollo Prophecies depicts, in one extravagantly long tritone panorama, an imagined expedition of 1960s American astronauts who land on the moon and discover a lost mission of Edwardian-era astronauts who greet them as long-awaited gods. These wildly inventive staged photographs, evidence of events that never happened, playfully question the role of photography in our sense of historical truth. Equal parts Jules Verne and Stanley Kubrick, with a touch of William Blake, the panoramic moonscape literally unfolds in multiple episodes that intermingle artifacts from the fearless era of early-twentieth-century exploration with space-age gadgetry. Kahn and Selesnick have combined real-life locations, miniature models and full-scale props of their own devising to produce a dramatic narrative where space-suited astronauts (most portrayed by the artists themselves, with a few similarly clad monkeys and elephants) reappear as events continue across the page. This is an Apollo lunar mission at once dreamlike, oddly familiar, and utterly convincing. Its ingenious package includes the 19-foot-long two-sided panorama (58 pages when folded) and a 12-page booklet whose mind-bending narrative is illustrated with four-color mixed-media drawings. The limited-edition also includes a signed and numbered lenticular image in an edition of 250 copies (viewed from one angle, it reveals an astronaut from the Edwardian era; from the other an astronaut from the 60s) and a 20-minute DVD documenting the lunar mission.