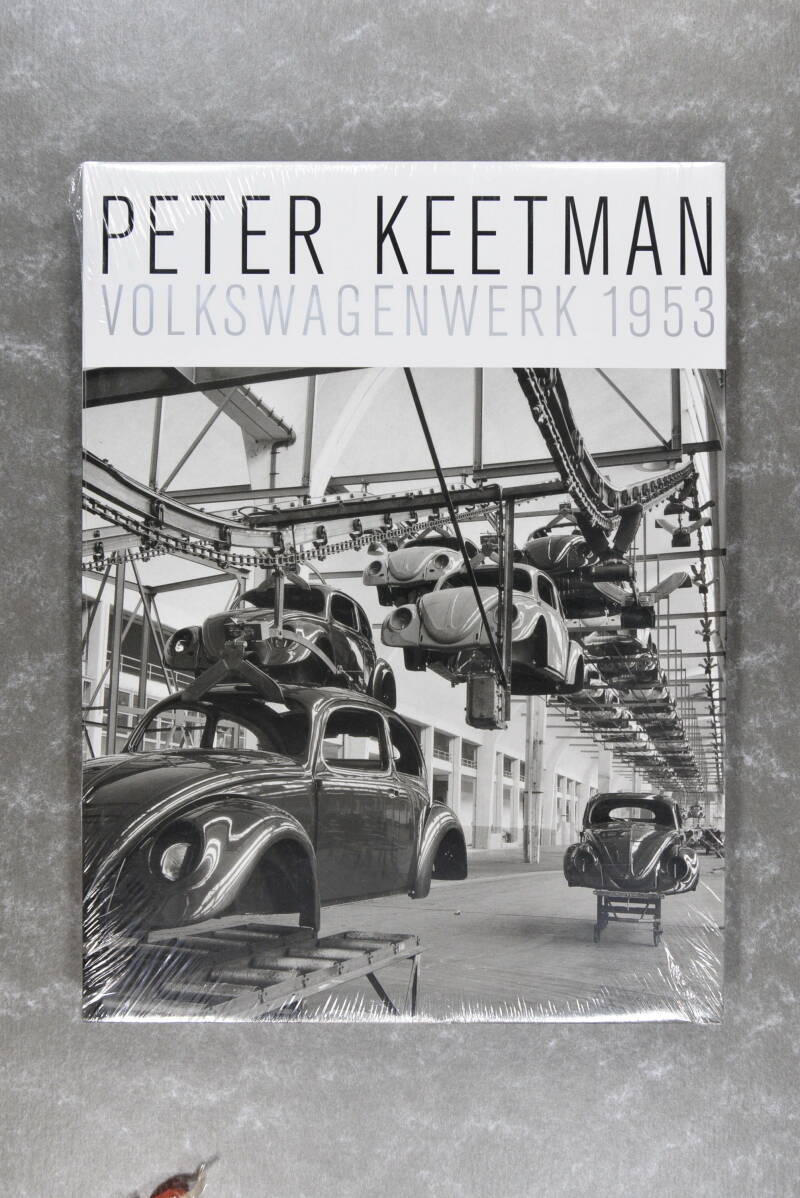 In 1953, Peter Keetman spent a week at the Volkswagen plant in Wolfsburg. The result was a series of exceptionally clear, almost abstractly detailed photographs that document the entire production process of the VW Beetle. Storage stacks of shiny metal bumpers look like so many Modernist sculptures; car bodies hovering above the assembly line retrospectively form a surreal Pop art montage. This oversize publication reproduces the Volkswagenwerk series in full, in their original size, together with texts that refer both to this series and to Keetman's greater oeuvre. Keetman was known throughout his career as a photographer of systemically conceived picture series on themes that included close-ups of water and oil drops, a style of working he developed as a member of Fotoform. Fotoform, a German movement of the 1950s of which Keetman was a primary proponent, was critical in the development of German photography as it is today: the group's "subjective photography" combined scientific objectivity with abstraction.