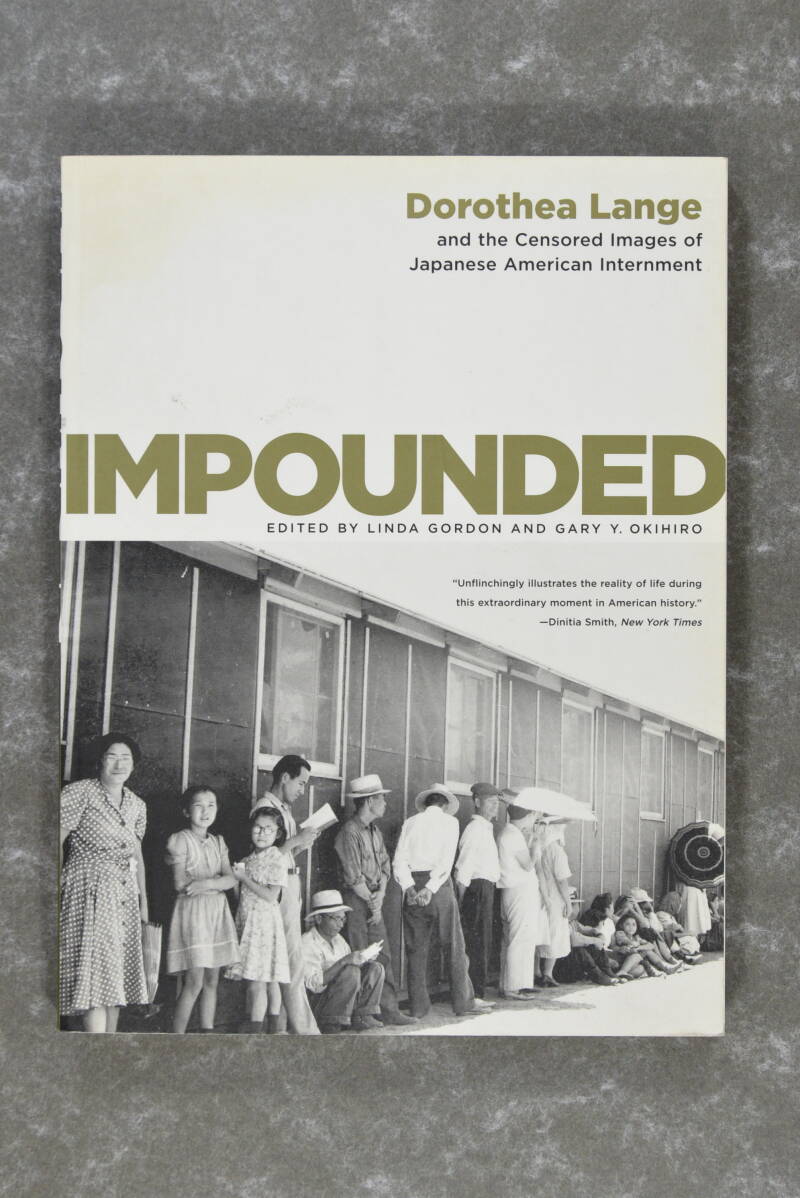 Censored by the U.S. Army, Dorothea Lange's unseen photographs are the extraordinary photographic record of the Japanese American internment saga. This indelible work of visual and social history confirms Dorothea Lange's stature as one of the twentieth century's greatest American photographers. Presenting 119 images originally censored by the U.S. Armythe majority of which have never been publishedImpounded evokes the horror of a community uprooted in the early 1940s and the stark reality of the internment camps. With poignancy and sage insight, nationally known historians Linda Gordon and Gary Okihiro illuminate the saga of Japanese American internment: from life before Executive Order 9066 to the abrupt roundups and the marginal existence in the bleak, sandswept camps. In the tradition of Roman Vishniac's A Vanished World, Impounded, with the immediacy of its photographs, tells the story of the thousands of lives unalterably shattered by racial hatred brought on by the passions of war.

Dorothea Lange (1895 - 1965) first ventured out on the streets with her camera. In 1935 a report on migrant workers, illustrated with Lange's photographs, came to the attention of Roy Stryker and in response, he invited Lange to become a member of the Farm Security Administration (FSA) photographic unit. Like Stryker, Lange believed that photography was a tool of political action, and this was no more apparent then when the federal government responded to the starvation crisis shortly after the San Francisco News received Lange's photographs - it quickly supplied 20,000 pounds of food to feed hungry migrants at the camps. Lange's championing of black migrants can be seen in the photograph 'Plantation Overseer and his Field Hands' of 1936, in which Lange captured the image of a man who exemplified the racist, exploitative and un-democratic attitudes that were rife in Southern plantation life. The evidence of racism revealed in this photograph - and others - is countered by Lange's many dignifying portraits of black subjects. When the bitter years of the Depression were overtaken by the advent of World War II, she continued to demonstrate her opposition to the poor treatment of migrants by opposing the relocation of 110,000 American Japanese to internment camps. She recorded the evacuation in Northern California after being assigned by the War Relocation Authority. In 1955, after a bout of ill health, Lange continued to work on contemporary social issues, namely a photo-essay for Life magazine, a sensitive study of the work of a Yugoslav-American public defender, representing those who could not afford to pay their own legal expenses. Lange watched and photographed him on and off for a year, catching the reflective moments of his defendants' body language. Lange was the first woman to be awarded the Guggenheim Fellowship (1941) and was placed on the Honour Roll of the American Society of Magazine Photographers in 1963. She was honoured with major solo exhibitions at the San Francisco Museum of Art (1960) and the Oakland Art Museum (1960) and she began preparing a retrospective at the Museum of Modern Art, New York shortly before she died in 1965.