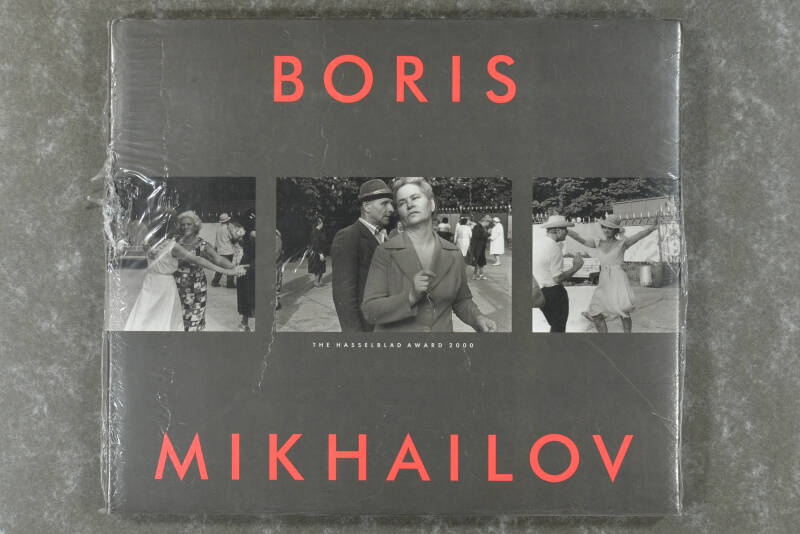 This past year Boris Mikhailov joined the ranks of William Eggleston, Cindy Sherman, and Robert Frank as the recipient of the prestigious Hasselblad Award, confirming the international stature and critical acclaim he has earned in the last few years with one-person exhibitions at the Stedelijk Museum in Amsterdam, London's Photographer's Gallery, and the DAAD Gallery in Berlin as well as representation in major international surveys such as the Carnegie International. His first book, "Unfinished Dissertation", was published by Scalo in 1997, on the occasion of his receipt of the Albert Renger-Patzsch Prize; in 2000, he published his second book with Scalo, "Case History", and was awarded the photo book award of the International Festival for Photography in Arles, France. Mikhailov also recently accepted an invitation to teach at Harvard University beginning in the fall of 2000. This new book contains a never-before-published series of works from the early 1980s: Mikhailov photographed ''The Dancers'' in his hometown in Ukraine during a period when the former Soviet Union was a reality, before the appearance of Gorbachov and "perestroika". We observe the open-air dancing scene with great astonishment; seeing older and younger people enjoy themselves in a way that might be contradictory to the images we might have about everyday life in the old Soviet Union. These cheerful images remind us how little women and men need to have a good time.

An essay by Russian art critic Boris Groys and an exhaustive interview make this volume a must have for readers and libraries interested in contemporary art and photography.

Borys Andriyovych Mykhailov (Ukrainian: Бори́с Андрі́йович Миха́йлов; born 25 August 1938) is a Ukrainian photographer. He has been described as "one of the most important artists to have emerged from the former USSR."