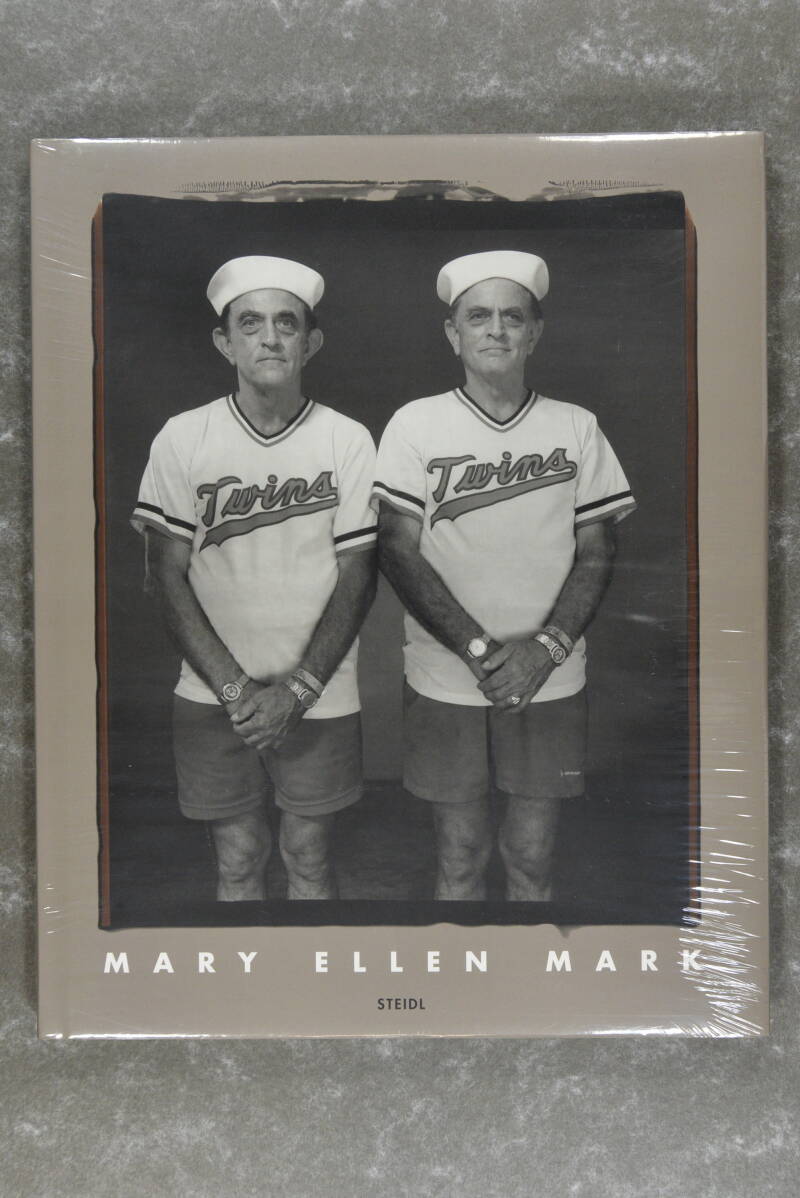 Mary Ellen Mark, voted by the readers of American Photographyas the most influential woman photographer of all time, has made some of America's most iconic images in a career spanning more than three decades. In Twins, her fourteenth publication, Mark turns her acute eye and her heart to the extraordinary bond that exists between these very special siblings.

Mary Ellen Mark (March 20, 1940 – May 25, 2015) was an American photographer known for her photojournalism, documentary photography, portraiture, and advertising photography.

She photographed people who were "away from mainstream society and toward its more interesting, often troubled fringes".
Mark had 18 collections of her work published, most notably Streetwise and Ward 81. Her work was exhibited at galleries and museums worldwide and widely published in Life, Rolling Stone, The New Yorker, New York Times, and Vanity Fair. She was a member of Magnum Photos between 1977 and 1981. She received numerous accolades, including three Robert F. Kennedy Journalism Awards, three fellowships from the National Endowment for the Arts, the 2014 Lifetime Achievement in Photography Award from the George Eastman House and the Outstanding Contribution Photography Award from the World Photography Organisation.