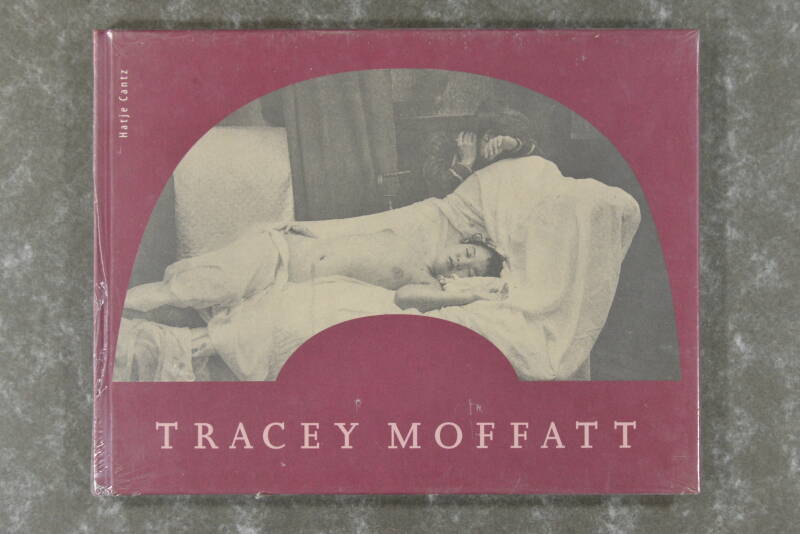 Tracey Moffatt's 'Laudanum' 1998 is an elaborate play that operates on many levels: there are references to film (especially Murnau's 'Nosferatu' 1922); to the 19th century when women used the opiate-based laudanum as a calmative despite its undoubted addictive and hallucinatory effects; and to the history of photography itself through the use of photogravure. In making 'Laudanum', Moffatt shot the series at Elizabeth Bay House, Sydney, and at a Georgian farmhouse north of Sydney. The negatives were then digitally re-mastered before being manually printed.

The technique of photogravure was invented by Karel Klîc in 1879 and is a photomechanical process using a photographic etching method that produces a very fine detailed impression. Fox Talbot set the groundwork for the development of photogravure with his photoglyphic engraving process, and the technique has been almost continuously used to the present day because of the beauty of the finished product especially through its effects on tissue and watercolor paper. Alfred Stieglitz used photogravure for his editions of 'Camerawork', and Robert Mapplethorpe highly prized its effects in his own work. 'Laudanum' has, in fact, been produced by Mapplethorpe's printer.

Further influences in this work include Pauline Réage's 'The Story of O', where the sadomasochistic master/servant relationship can be seen to serve as a metaphor for colonizer/colonized in the broader social, political and historical sense. Rather than being a moral tale, however, 'Laudanum' presents the pleasures and pains of a dream, fantasy, nightmare, and subjugation with wit coloring the final outcome to the loose narrative: the mistress's fantasy can be seen to have sprung from nothing more than a pillow.

Ghostly figures abound in 'Laudanum', whether plucked from the superstitions of the 19th-century inhabitants of the houses, from drug-induced fantasies, from the shadows of old movies or glimpsed through keyholes. These play on our imaginings of what might be which in the case of 'Laudanum' is an erotically charged set of possibilities with no clearly defined outcome.

Tracey Moffatt AO (born 12 November 1960) is an Australian artist who primarily uses photography and video.
In 2017 she represented Australia at the 57th Venice Biennale with her solo exhibition, "My Horizon". Her works are held in the collections of the Tate, Museum of Contemporary Art, Los Angeles, National Gallery of Australia, Art Gallery of South Australia, and Art Gallery of New South Wales.
She currently lives in Sydney and New York.
Though she is best known for her photographic works, Moffatt has created numerous films, documentaries, and videos. Her work often focuses on Australian Aboriginal people and the way they are understood in cultural and social terms.