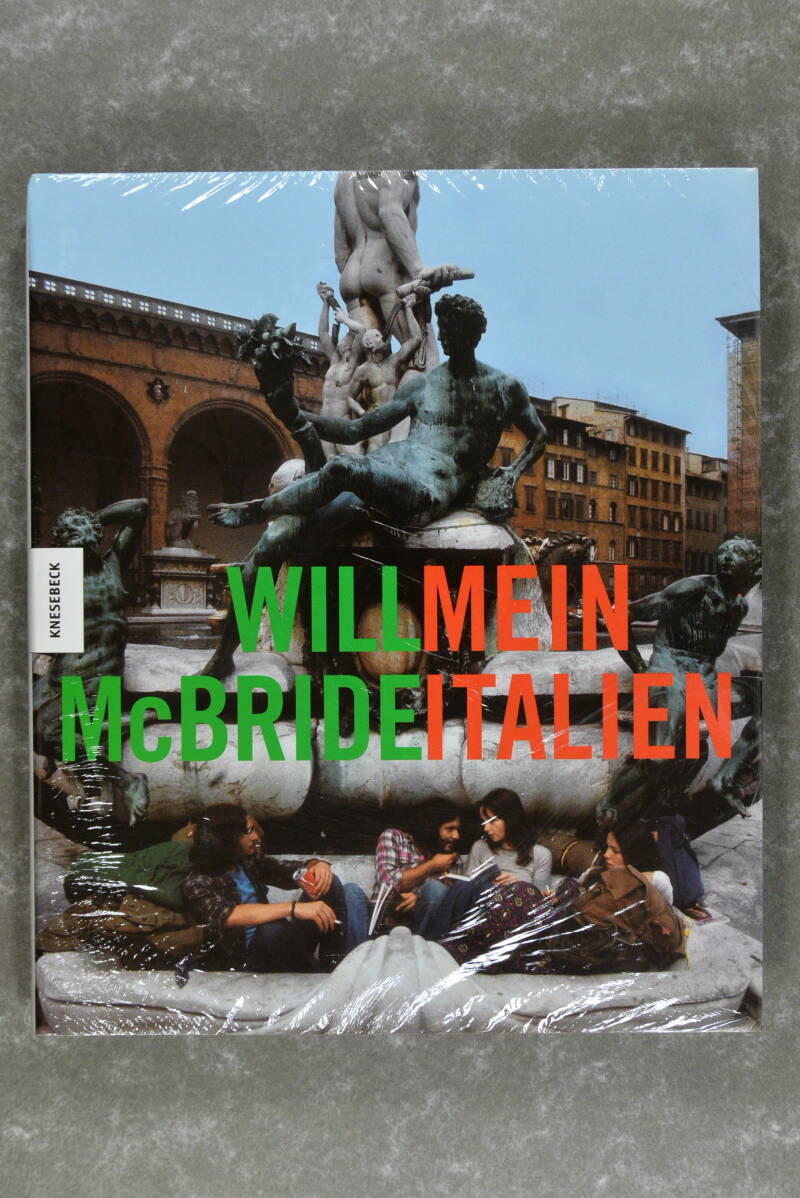 "A photographer," Will McBride wrote a good seven years ago, "should only express one thing in his pictures: his whole self." Seldom has he done this as consistently as in the volume "My Italy". It's a photo album in the best sense of the word. It preserves memories of private moments, it brings together experiences in cities and on beaches, it is not stingy with bizarre discoveries, as perceived en passant, and it also brings joy to strangers who were not invited to the party on the farm or to the excursions in the sun. As if even the longest series of photos in his photo stories in magazines such as "Twen" and "Jasmin", "Geo", "Quick" and "Stern" were still too short.

Will McBride (1931–2015) was an American artist known for his black-and-white photographs documenting youth culture in postwar Germany. His work remains controversial for its frank and explicit depiction of sexuality, as evidenced in his Show Me! (1974) and Coming Of Age (1999) photobooks which were intended to educate children and adolescents about their developing bodies. Born on January 10, 1931 in St. Louis, MO, McBride studied privately with Norman Rockwell while attending the University of Vermont, before transferring to the School of the Art Institute of Chicago and finishing his degree at Syracuse University in 1953. Serving in the Army brought him to Germany in the mid-1950s, after his tour of duty he settled in Berlin where he became fascinated with documenting the rapid rebuilding of West Germany and its effect on youth culture. Many consider McBride’s working method as a forerunner to the visceral self-documentation seen later in the photographs of Nan Goldin and Wolfgang Tillmans. Toward the end of his life, McBride switched his focus towards producing painting and sculpture. He died on January 29, 2015 in Berlin, Germany at the age of 84. Today, the artist’s work are held in the collections of the J. Paul Getty Museum in Los Angeles and the Philadelphia Museum of Art.