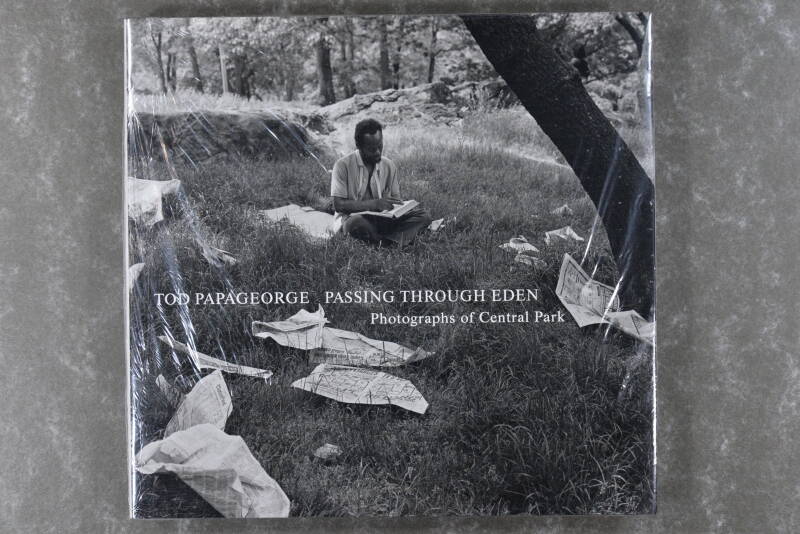 "When Tod Papageorge began this work, the newspapers saw Central Park chiefly as a site of danger and outrage, and they were doubtless partly right. But the park shown here seems no more dangerous than life itself, and no less filled with beauty, charming incident, excess, jokes in questionable taste, unintended consequence, and pathos, truly described. One might say that no artist has done so much for this piece of land since Frederick Law Olmstead." --John Szarkowski, The Museum of Modern Art, New York
After receiving a Guggenheim Fellowship in 1977, Tod Papageorge began to photograph intensively in Central Park, employing medium-format cameras rather than the 35mm Leicas that he had used since moving to New York in 1965. These pictures, gathered in Passing Through Eden, convey the passion that--as Rosalind Krauss once described it in Papageorge's work--embraces "the sensuous richness of physical reality, that fullness which Baudelaire called intimacy when he meant eroticism." From picture to picture, Papageorge constructs a world that resembles our own, but that also invokes that of the Bible: Passing Through Eden is sequenced to parallel, in its opening pages, the first chapters of Genesis--from the Creation through the (metaphorical) generations that follow on from Cain--before giving over to a virtuosic run of pictures that, as he expresses it in his illuminating afterword to the book, picks up "the threads that tie the Bible to Chaucer, Shakespeare and "Page Six" of the New York Post." This ambitious body of work--incorporating pictures produced over the course of 25 years--displays not only Papageorge's remarkable ability to make photographs that read like condensed narratives, but also his skill at weaving them into sequences that echo profound cultural narratives. It challenges the reader to succumb (or not) to the pleasures of the "fullness" of each individual photograph, while ignoring (or not) the tug of a tale demanding to be told. Like Eden itself, this book sets our desire for beauty against that of knowledge, even as it reminds us of some of the ways that we read, and come to know, books.