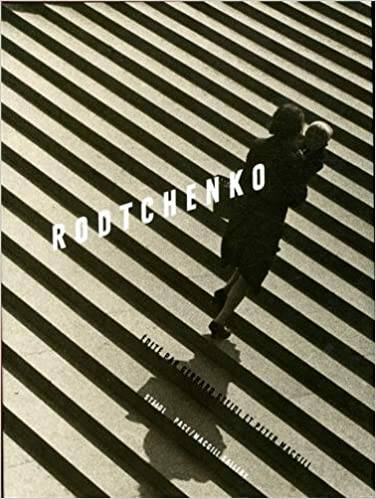 When The Museum of Modern Art’s first director, Alfred H. Barr, Jr., met Aleksandr Rodchenko on his trip to Moscow in 1927—one of the first times an Anglophone art historian had visited the Soviet Union in the years since the Russian Revolution—he wrote, “Rodchenko showed us an appalling variety of things—Suprematist paintings (preceded by the earliest geometrical things I’ve seen, 1915, done with compass)—woodcuts, linoleum cuts, posters, book designs, photographs, kino sets, etc…. [He] showed much satisfaction at having delivered the death blow to painting.”1 Rodchenko had declared the death of painting in 1921, with three monochrome paintings—Pure Red Color, Pure Yellow Color, and Pure Blue Color—exhibited in the exhibition 5x5=25 alongside works by fellow Russian artists Varvara Stepanova, Alexandra Exter, Lyubov Popova, and Aleksandr Vesnin. In these works, Rodchenko emphasized the paintings’ material qualities, applying the three primary colors in a way that drew attention to their substance as matter. “I reduced painting to its logical conclusion and exhibited three canvases: red, blue, yellow,” he declared. “I affirmed: it’s all over. Basic colors. Every plane is a plane and there is to be no more representation.”2

After he jettisoned painting, Rodchenko turned his attention to merging art with life. He became a founding member of the Constructivist Working Group in 1921, which defined art making as a form of professional expertise and labor like any other, and not as a spiritual calling. Using the materials and tools of an architect or engineer—a compass, ruler, and plywood—he produced a series of spatial constructions in 1921, which were hung suspended from the ceiling. With these circular structures, he abandoned the premises of traditional sculpture—mass, pedestal, and precious materials—in favor of open volumes made from everyday materials like wire and plywood. His spatial constructions were included alongside works by leading Constructivist artists Karel Ioganson, Georgii and Vladimir Stenberg, and Konstantin Medunetskii in an exhibition organized by OBMOKhU (Obschestvo molodykh khudozhnikov [Society of Young Artists]) in Moscow in May 1921. Between 1920 and 1930, Rodchenko taught construction and metalwork at VKhUTEMAS (Vysshie khudozhestvenno-tekhnicheskie masterskie [Higher state artistic and technical studios]), the Russian equivalent of the German Bauhaus.

In the mid-1920s Rodchenko turned to other mediums, including graphic design, book illustrations, and, most notably, photography. On a trip to Paris in 1925 he bought a handheld camera, which allowed him to easily experiment with the composition of images. He framed the world from new points of view—from above, below, and at other unexpected, sharp angles—encouraging the viewer to see familiar things in new ways. His photographs and photomontages were published widely in such avant-garde periodicals as LEF and Novyi LEF, and in such state-run publications as Sovetskoe Foto and USSR in Construction. In the early 1930s he embraced photography as a tool for social commentary, critically depicting the disparity between the idealized and lived Soviet experience. The images he made contrasted with Socialist Realism, which was declared the official style of art in the Soviet Union in 1934. Preferring the saccharine depictions of positive, heroic, and idealized subjects unencumbered by the trials and tribulations of everyday life, Soviet critics found Rodchenko’s photography too formalist at times. Nevertheless, he continued to find support abroad, exhibiting in Film und Foto: Internationale Ausstellung des Deutschen Werkbunds at the Städtische Ausstellungshallen in Stuttgart, Fotomontage at the Staatliche Kunstbibliothek in Berlin, Cubism and Abstract Art (1936) and Abstract Painting: Shapes of Things (1941) at MoMA, and Mezinárodní Výstava Fotografie at the Manes Exhibition Hall in Prague. Rodchenko died on December 3, 1956, in Moscow.