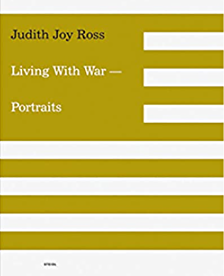 This collection of quiet, intense black-and-white portraits contains three groups of photographs of American citizens in relation to U.S. war missions during the past 30 years. The most recent pictures present people who demonstrated in 2006 or 2007 against American involvement in the current Iraq war. They are accompanied by shots, made more than 15 years earlier, of soldiers who were just about to leave for their initial deployment in the first Gulf War. The third series, spanning from 1983 to 1984, was made at the National Vietnam Veterans Memorial in Washington, D.C. It presents individual portraits of visitors paying tribute to the victims of war in Southeast Asia. None of the close-up shots gathered here conveys allegiance to any particular political orientation. Each simply expresses the irreplaceability of the individual and the importance of honoring his or her memory as the most basic form of humanity. In his catalogue essay, Heinz Liesbrock writes, ''Her black-and-white photographs concentrate entirely on the human physiognomy in order to reveal the subjects' inner reality. The pictures dispense with all topical attributes which would make it possible to read an external context, such as profession, social position or any kind of concrete contextual intention, into them. We are therefore in a certain sense left alone with these pictures.''