Swope, John - A LETTER FROM JAPAN NEW IN SEAL 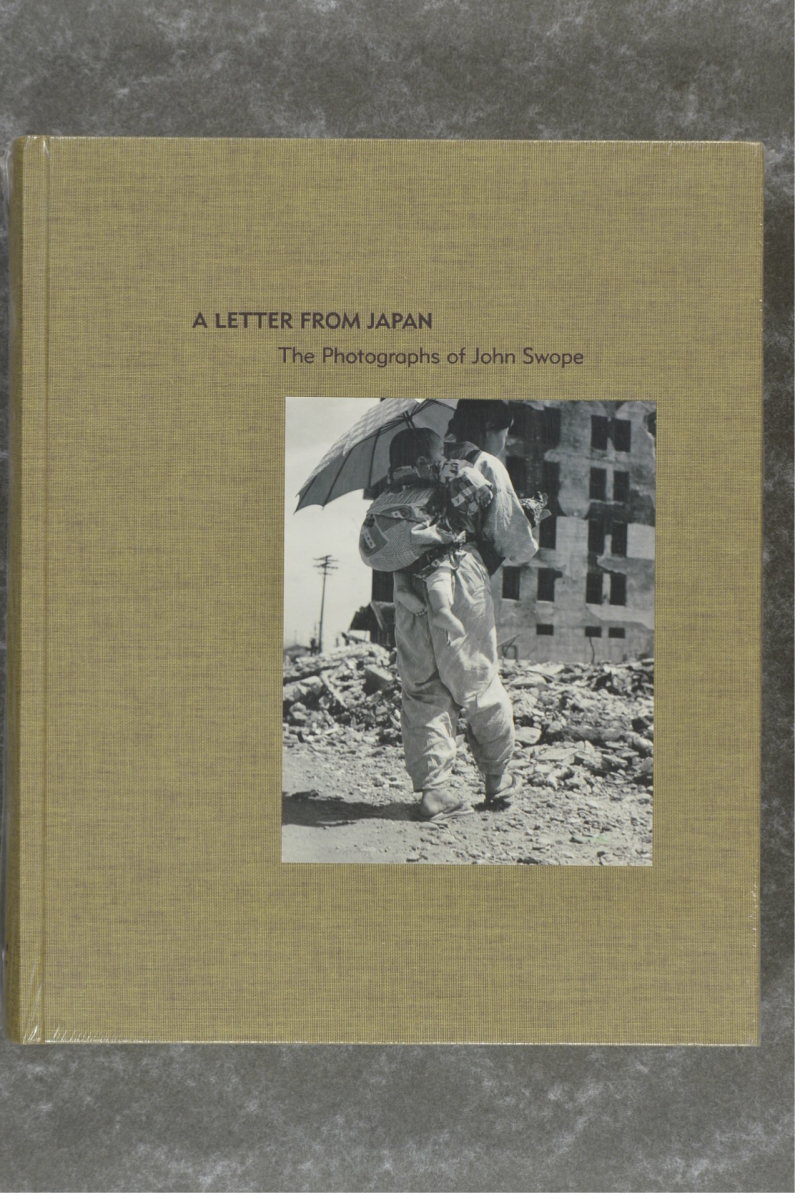 As one of the first American photographers to set foot on Japanese soil at the end of World War II--even before Japan had officially surrendered--John Swope experienced and recorded a critical, peculiar and fragile moment in the history of the East and of a war-torn world. His powerful photo essay is complemented here, as he had hoped it would be one day, by excerpts from the 144-page letter he wrote to his wife, the actress Dorothy McGuire, during the three weeks he spent traveling with an elite team of Edward Steichen Naval photographers tapped to document the release of Allied prisoners of war. Swope went far beyond his official duties to convey the impact of World War II on the local population and the land, as well as the freed soldiers. Having visited Japan 15 years before, as a young man, he had a better sense than some of his colleagues of just what had been destroyed, and he struggled with it. His letter describes both his experiences and his emotional reactions to all that he saw; his photographs, together with those words, convey a poignant, highly personal view of this world in limbo, expressing a great sense of humanity and a profound sensitivity for the people on both sides of the conflict. A Letter from Japan presents 114 color plates, some of which, by way of contrast and background, cover Swope's work as a Hollywood photographer, his Life magazine career and his international travels from the 1930s to the 1970s.