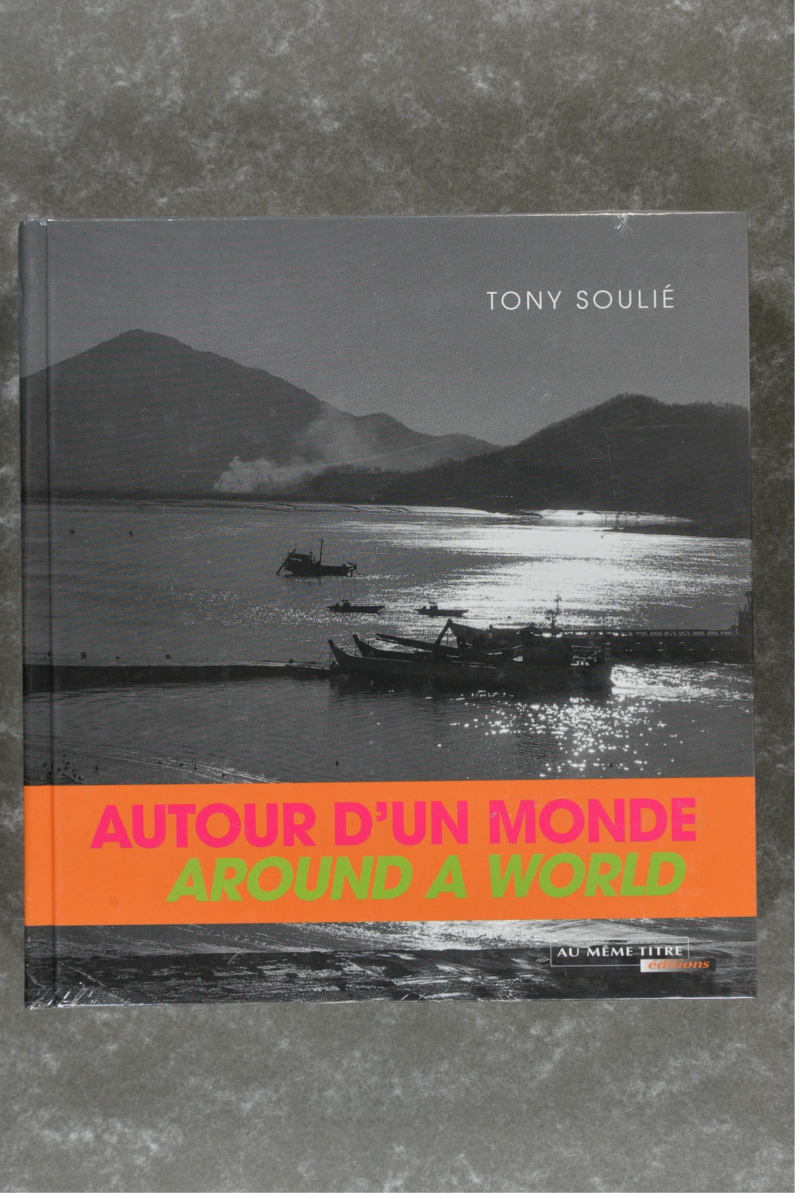 Tony Soulié prepares his voyages well. Sometimes a fountain marks the crossing of two paths. There, he will stop and plunge his head into the clear water. Back home, he carefully archives his sensations in red boxes that he names after territories. He spreads mains out on a big table and underlines the islands, the archipelagos and the steppes whose lines delimit frontiers to be crossed - stained with light tints, furrowed by the dotted lines of roads, railways and tracks. One day soon he will reach Baja California, Valparaiso or Peshawar, and then reach out from there ... Admittedly what he's after is no more than an ordinary image. But his quest is made up of music, tiredness, long silences, meetings, sensations and visions; visions that accumulate in his memory when time and tamed space become one. Hey' s also a jazz lover and a lover of painting. Painting which lends itself to improvisation, and tunes itself to the chorus' pitch. He finds his passage in lime, like those ancient travelers who gave names to the strange lands where they moored their ships ... At the crossroads, Tony Soulié plunges his neck into the water of the fountains. He prepares his trips. On his return, he carefully archives the sensations in red boxes bearing the title of territories. He spreads the cards out on the big table. He points out the cities, the archipelagos, the steppes which outline the limits to be crossed. Spots of light colors crisscrossed by the line of roads, railroad tracks, dotted tracks. Get to Baja California, Valparaiso, Peshawar one day, and go from there ... object to be captured is an ordinary image, that is to say, but the quest that it imposes will be made up of sensations, music, fatigue, long silences, encounters and visions accumulated in memory when time merges with a tamed space. He also likes jazz and painting which goes well with the chorus, with the accomplice improvisation. He signs his passage with lime as the old travelers gave names to the unknown lands where they tied their ships