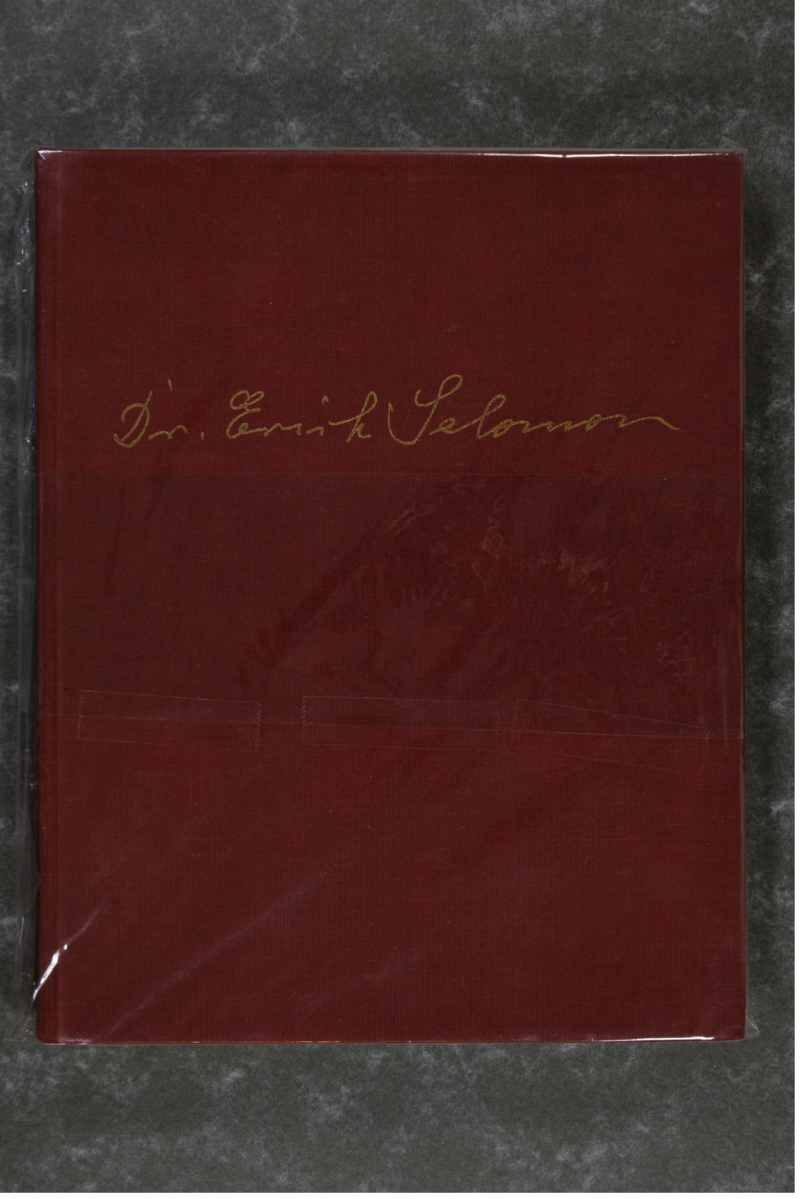 Erich Salomon (28 April 1886 – 7 July 1944) was a German-born news photographer known for his pictures in the diplomatic and legal professions and the innovative methods he used to acquire them.

Erich Salomon memorial Born in Berlin, Salomon studied law, engineering, and zoology up to World War I. After the war, he worked in the promotion department of the Ullstein publishing empire designing their billboard advertisements. He first picked up a camera in 1927, when he was 41, to document some legal disputes and soon after hid an Ermanox camera usable in dim light in his bowler hat. By cutting a hole in the hat for the lens, Salomon snapped a photo of a police killer on trial in a Berlin criminal court.

Beginning in 1928, Salomon worked for Ullstein’s Berliner Illustrirte Zeitung as a photographer. With his multilingual ability and clever concealment, his reputation soared among the people of Europe. When the Kellogg-Briand Pact was signed in 1928, Salomon walked into the signing room and took the vacant seat of the Polish delegate, and took several photos. He is one of only two known persons to have photographed a session of the U.S. Supreme Court.[1]

After Adolf Hitler came to power in Germany, Salomon fled to the Netherlands with his wife and continued his photographic career in The Hague. Salomon declined an invitation from Life Magazine to move to the United States. He and his family were trapped in the Low Countries after Germany invaded in 1940. Salomon and his family were held in the Westerbork transit camp, then for almost five months in Theresienstadt concentration camp and were deported from there to the Theresienstadt Family Camp in May 1944. He died in Auschwitz on 7 July 1944.