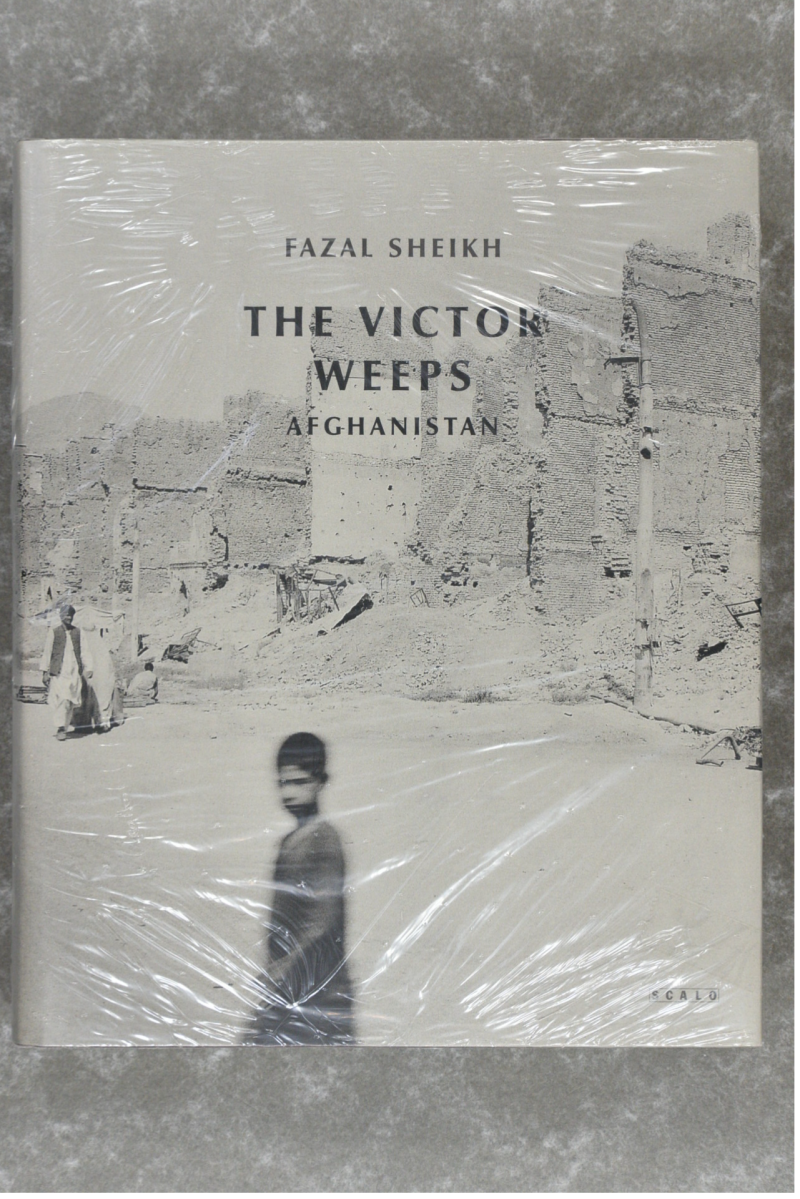 In 1996, Fazal Sheikh traveled to the birthplace of his grandfather, who had been born in northern India (now Pakistan). When he arrived at the border with Afghanistan, he found hundreds of thousands of Afghan refugees who had been living in camps in north Pakistan since the Soviet invasion, twenty years before.

Over the next two years he traveled back and forth to the camps, spending months at a time making portraits of the people and listening to their stories, which he recorded: about the invasion, about their leaders, about their husbands and brothers and sons who had died fighting the Soviets, about their villages back home, to which they hoped one day to return. What struck him, in talking to the Afghans, was how often they communicated with those they had lost through their dreams, and what comfort those dreams brought them. These, too, he recorded.

The result was a complex layering of landscapes, portraits, found photographs, children’s drawings, personal testimonies and Sheikh’s own written narrative, published as The Victor Weeps (Scalo 1998).