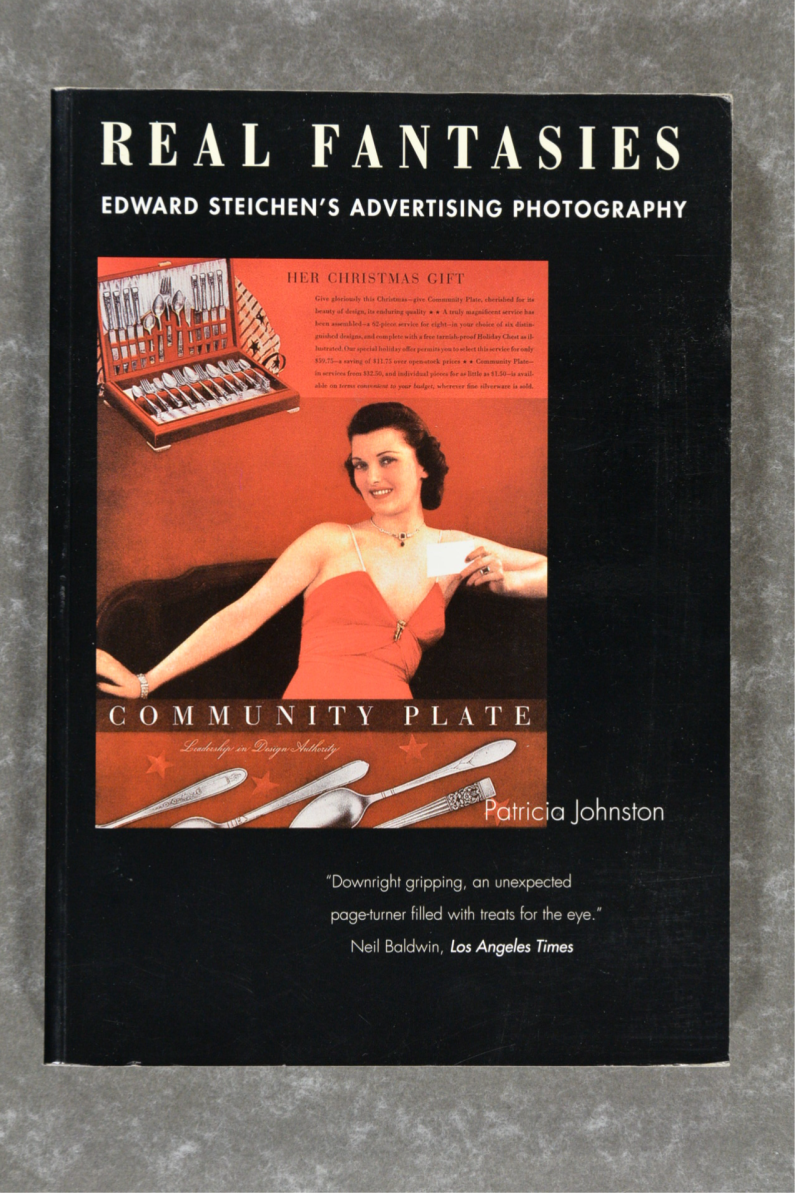 During the 1920s and 1930s, Edward Steichen was the most successful photographer in the advertising industry. Although much has been said about Steichen's fine-art photography, his commercial workwhich appeared regularly in Vanity Fair, Vogue, Ladies Home Journal, and almost every other popular magazine published in the United Stateshas not received the attention it deserves.

At a time when photography was just beginning to replace drawings as the favored medium for advertising, Steichen helped transform the producers of such products as Welch's grape juice and Jergens lotion from small family businesses to national household names. In this book, Patricia Johnston uses Steichen's work as a case study of the history of advertising and the American economy between the wars. She traces the development of Steichen's work from an early naturalistic style through increasingly calculated attempts to construct consumer fantasies. By the 1930s, alluring images of romance and class, developed in collaboration with agency staff and packaged in overtly manipulative and persuasive photographs, became Steichen's stock-in-trade. He was most frequently chosen by agencies for products targeted toward women: his images depicted vivacious singles, earnest new mothers, and other stereotypically female life stages that reveal a great deal about the industry's perceptions of and pitches to this particular audience.

Johnston presents an intriguing inside view of advertising agencies, drawing on an array of internal documents to reconstruct the team process that involved clients, art directors, account executives, copywriters, and photographers. Her book is a telling chronicle of the role of mass media imagery in reflecting, shaping, and challenging social values in American culture.