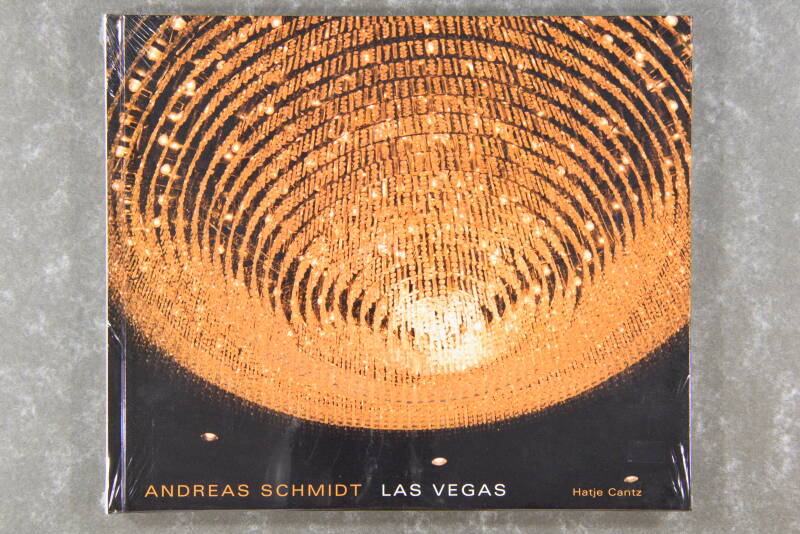 Flamingo, Stardust, Caesar's Palace--the sparkling neon signs that tower over the grand casinos and hotels on the Las Vegas strip are familiar not just in name but in fame. Las Vegas, that desert town built from sand, poker chips, and free buffets, has come to symbolize a certain kind of American culture that deals in extremes of mediatization, simulacra, privatization, and entertainment. Photographer Andreas Schmidt has taken his lens to the city, altering it in such a way that it appears anew: blurred, seen from a passing car, reversed, or reflected in a window pane. A master of the unexpected and the unusual perspective, Schmidt takes super-wide-angle shots of the spectacular Vegas skyline, sandwiching it into the narrow horizontal gap between two levels of dark concrete pilings in a parking garage. He makes endless hotel corridors vanish into nothingness. He flows vast, empty convention halls and their wildly twilled carpets together to form absurd, magnificent patterns. In Schmidt's Las Vegas series, the glamour and glitter of the strip is exposed as pure fa ade, as the ultimate collective act of megalomania--but without ever losing any of its fascinating, perverse allure.