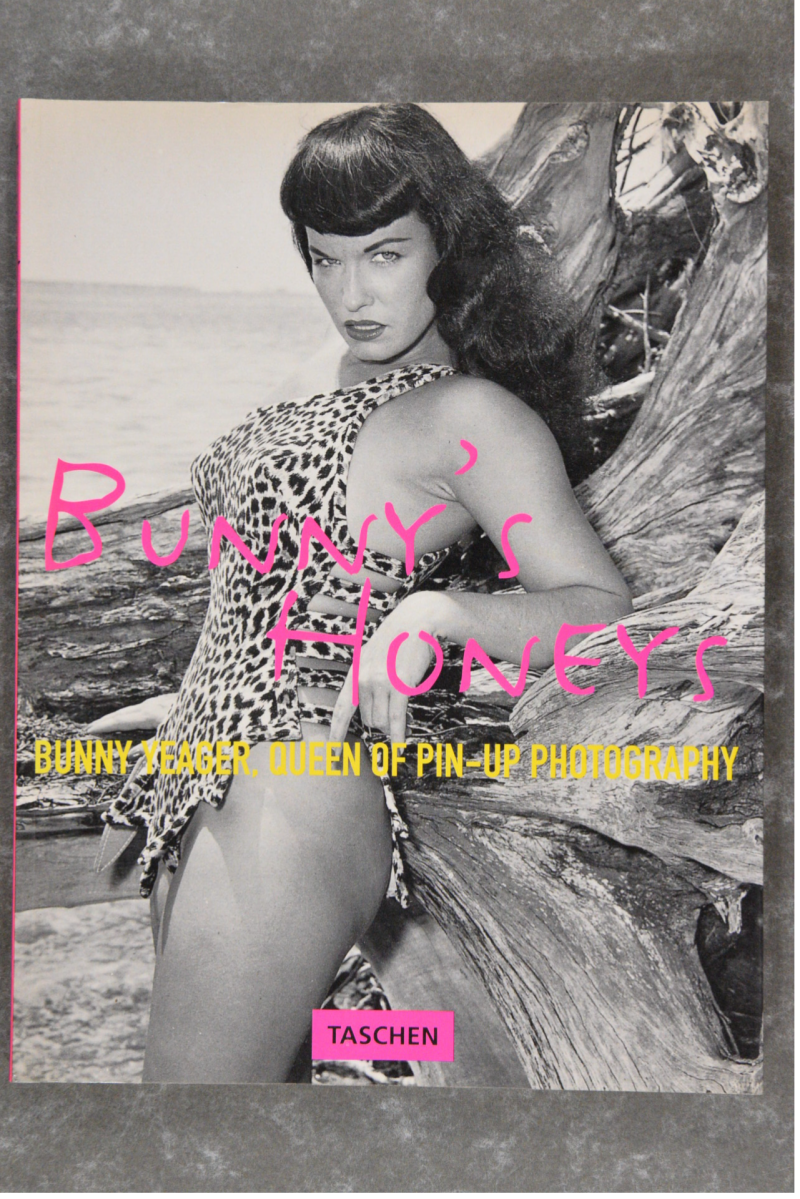 In the 1950s Bunny Yeager posed for Playboy and other men's magazines, but before long found herself on the other side of the camera. In a business dominated by men, she was one of the first photographers of pin-ups, and drew upon her own experience in front of the camera. When thousands of copies of US Camera magazine appeared on the news-stands proclaiming Bunny Yeager as the "World's Prettiest Photographer", her life changed drastically. Yet Bunny never gave up modelling - being a photographer was just another asset. Bettie Page and Maria Stinger were Bunny's most popular and important models at the start of her photographic career. She found it exciting to use girls who had never been photographed before and turn them into glamour models. She also relished finding inspiring locations and making the models' outfits. Girls felt more comfortable posing for Bunny than for a male photographer. In the 1970s, the world was changing rapidly and whilst Bunny tried to keep up with the changes in girl photography, she found it more difficult to sell her work and editors began to call her "old fashioned". Glamour photography was more explicit, which Bunny felt was demeaning to women - so she put away her camera for figure photography and concentrated on head shots of actors and models' fashion portfolios. One day in the 1980s, New York fetish photographer, Eric Kroll visited her. A life-long admirer of Bunny's work, he persuaded her to revive some of her early work in a portfolio entitled, "The Girls of the 1950s". Kroll continues to sell these archival prints to collectors of photographic art today